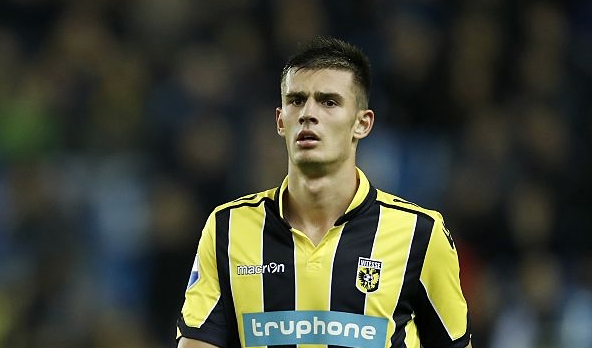 Vitesse Arnhem’s quest for a European qualification spot came down to the last day in the Dutch Eredivisie, and an American defender had a say in the final result.

Matt Miazga scored his third goal of the season as Vitesse pegged Willem II back twice in a 2-2 draw at Willem II Stadion on Sunday. The 22-year-old headed in Alexander Buttner’s cross from a corner kick to level the score at 1-1 in the 63rd minute. It was Miazga’s first goal since Feb. 2nd.

Ben Rienstra would put Willem back in front in the 70th minute before Tim Matavz helped Vitesse earn a share of the spoils.

Miazga made his 32nd league appearance of the season for Vitesse on Sunday, and now the side will face off with ADO Den Haag in a two legged playoff round.

If Vitesse are successful in that tie, they will face off against the winner of FC Utrecht/Heerenveen for a spot in the second qualifying round of next season’s Europa League.