MLS Week 11: A Weekend Look Ahead 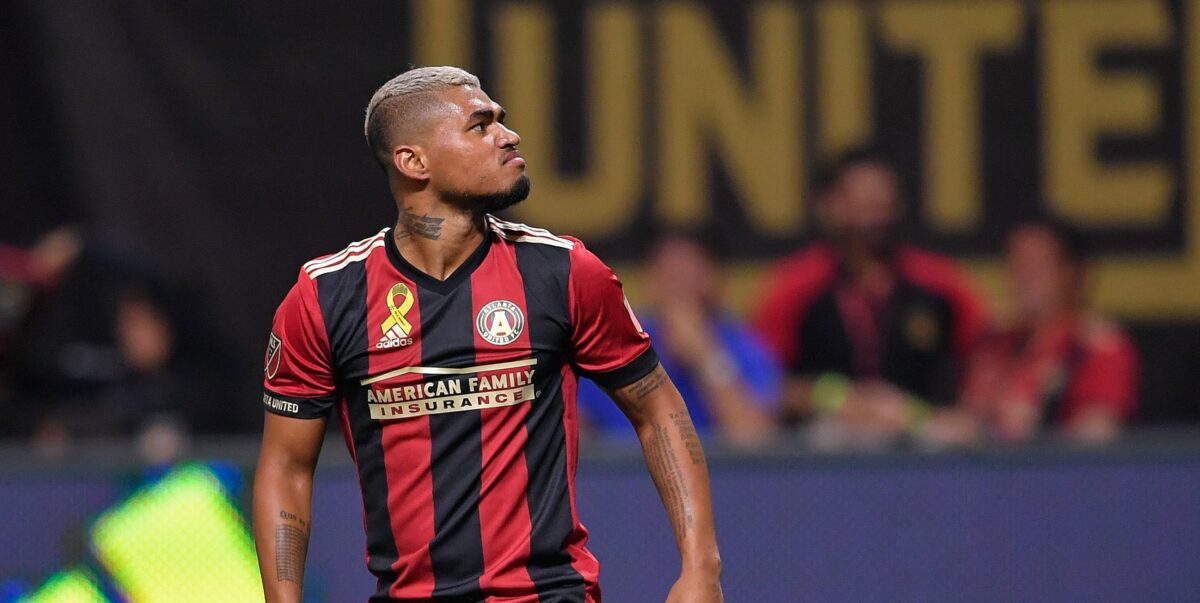 Rivalries are once again at the forefront of the Major League Soccer weekend schedule, as two of the league’s best headline a terrific Sunday tripleheader.

Also included in the 11-game slate over three days is the first clash between two marquee clubs and a potential milestone at the goalkeeping position could be achieved.

Below is a look at each of the 11 games taking place this weekend.

The two hottest teams in MLS enter Orlando City Stadium Sunday in one of the league’s budding rivalry matches.

The two sides produced one of the best games of the 2017 season in September, as a 3-3 draw was earned at Mercedes-Benz Stadium. With Josef Martinez, Miguel Almiron, Ezequiel Barco, Dom Dwyer and Sacha Kljestan involved, it could be another shootout.

One thing worth watching is Atlanta’s goalkeeping situation. Brad Guzan is serving a one-game red-card suspension and rookie Paul Christensen is the only option 100 percent fit. Alec Kann or Mitch Hildebrandt could pass a late fitness test to start, but right now it is looks like Christensen’s job.

D.C. United returns to the field after a week off with the Wayne Rooney rumors swirling around.

However, the focus for the Black and Red in Utah Saturday night is to stop Nick Rimando from achieving a milestone against his former club. Rimando is sitting on 199 regular-season victories, and Saturday is his best chance yet to become the first MLS goalkeeper to reach 200 wins.

A win would also be a welcome sight for Mike Petke’s team, who enter with three losses in four games.

The granddaddy of MLS rivalries returns for the 2018 edition at the refurbished Providence Park.

The Sounders come into the first Cascadia Cup challenge against their rivals fresh off a win over injury-plagued Toronto Wednesday, and a win over the Timbers could boost it into the top six of the Western Conference.

The Timbers didn’t beat the Sounders a year ago, as the reigning Western Conference champions won the first meeting and two draws followed.

A win by Giovanni Savarese’s men would be a nice statement to the league and it would be their fourth in a row.

After the madness of the two rivalry games Sunday comes the first clash between New York City FC and LAFC.

NYCFC’s Patrick Vieira is establishing himself as one of the best managers in the league, but he faces a new test Sunday against Bob Bradley’s experience.

The team from the blue half of New York needs a win to bounce back from the drubbing it received in the Hudson River derby, while LAFC is unbeaten in the last five games.

While most eyes have been on LAFC’s top attackers, keep an eye on Edward Atuesta and Mark-Anthony Kaye, who thrived in Wednesday’s win over Minnesota United.

The last three meetings between Houston and Vancouver have ended in 2-1 results, including a Vancouver win at BBVA Compass Stadium on March 10.

Kei Kamara, who had a goal and an assist in that win, returned to the field in Week 10 and could play a larger role Friday.

Houston has yet to win on the road in 2018, while Vancouver’s dropped four points at BC Place.

After Florian Jungwirth’s damning indictment of the San Jose Earthquakes last week, Mikael Stahre’s team must respond against the only side it’s beaten in 2018.

The Quakes knocked off Minnesota United 3-2 in Week 1, but since then it’s been all downhill for a team trying to get its chemistry right.

The Loons are at the end of a tough stretch in which it hosted Vancouver and traveled to LAFC for a midweek contest. The wear and tear of the busy week might be the perfect formula for the Loons to slip up against the Quakes.

Two of the worst teams in the Eastern Conference face off at Stade Saputo with a win needed in the worst way.

Philadelphia lost the first two matches of its three-game road trip, and unless things drastically change in attack, they could be headed back home on a three-game losing streak.

It turns out Zlatan Ibrahimovic can’t in fact play defense and save the LA Galaxy.

The wretched Galaxy back line, which conceded eight goals in the last three games, takes its circus to Frisco Saturday to take on a FC Dallas side looking to get back on track.

Don’t be surprised if the Maxi Urruti-led attack creates a plethora of chances and follows the recent trend by knocking in a few goals versus the Galaxy.

The Eastern Conference clash of Midwestern rivals at Mapfre Stadium could be a sneaky good game on the Week 11 slate.

Chicago is finally starting to work its way into a rhythm with points in three of its last four games, while Columbus is rolling again with a four-game unbeaten run.

Defender Kevin Ellis has been the X-factor in recent weeks for the Fire, as he scored back-to-back goal for the first time in his career.

Eventually Toronto FC is going to rid itself of its current bad run of form.

However, it might not come at Gillette Stadium against the New England Revolution, who need to rebound from a deflating loss in Montreal.

The home team has won each of the last four meetings between the Reds and Revs, with the Revs winning twice over the 2017 MLS Cup champion a year ago.

The reward for thumping rival NYCFC is a trip to Commerce City, Colorado for the New York Red Bulls.

The Red Bulls haven’t won in Colorado since 2007, but Saturday seems like the best chance to end the drought given the form of both teams.

Jesse Marsch’s team is on a two-game winning streak, while the Rapids have lost three in a row.