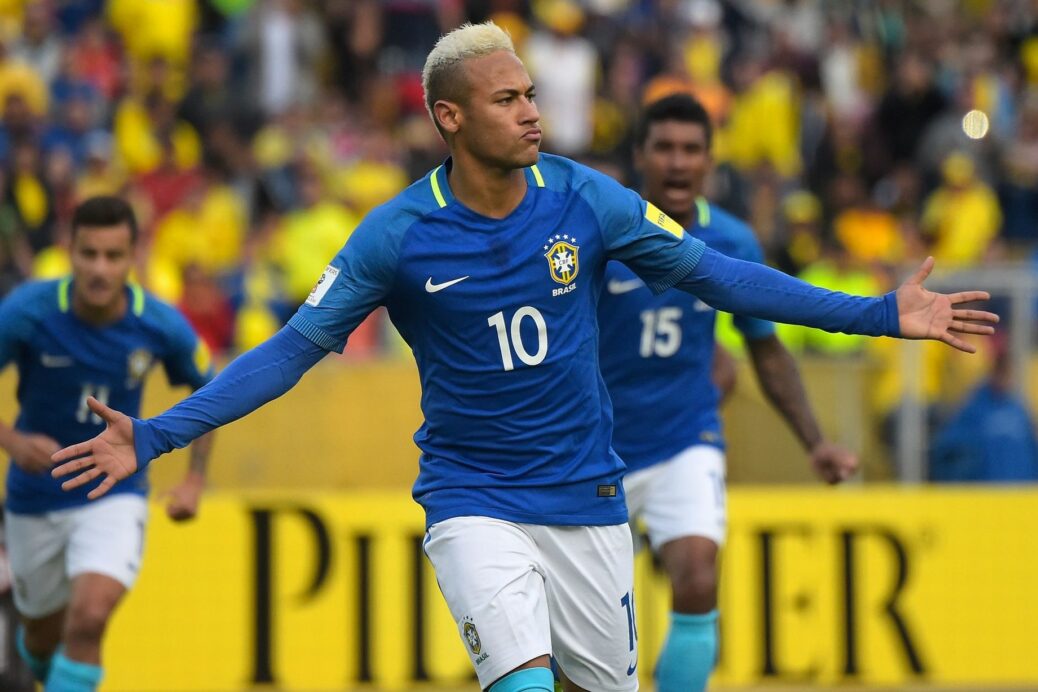 Brazil have announced their 23-man squad ahead of this summer’s FIFA World Cup in Russia, with the Selecao as one of the heavy favorites.

Leading the way for Tite’s squad is PSG star Neymar who has been recovering from foot surgery since March. Neymar was recently voted the Ligue 1 player of the year after helping PSG to a domestic treble this season.

English Premier League winners Manchester City saw the most representatives in the roster, with four players being chosen. Goalkeeper Ederson, wingback Danilo, midfielder Fernandinho, and striker Gabriel Jesus all made the cut.

Along with Neymar, PSG defenders Marquinhos and Thiago Silva also were listed from the Ligue 1 giants.

Only three Brazil based players made the full roster with Corinthians having two players chosen and Gremio having one.

Brazil is seeking a sixth major trophy and have been paired with Costa Rica, Serbia, and Switzerland in their group. Their first match is against the Swiss on June 17th.