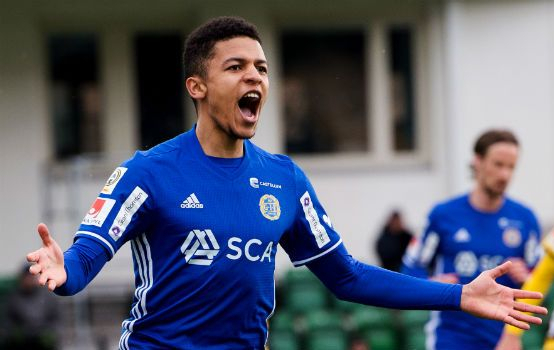 Romain Gall concluded the month of May on a high note, helping his side to a much needed league win.

Gall scored the game winning goal in the 34th minute of Sundsvall’s 2-0 league win over Goteborg in the Swedish Allsvenskan.

The 23-year-old picked up a pass from David Batanero and rifled a right-footed shot into the bottom-left corner from outside of the box. It now gives Gall five goals in 10 appearances this season, which is tied for the team lead.

Batanero added to the lead in the 59th minute which was all Sundsvall needed to insure their fourth league win of the season.

The triumph snapped a two-match losing run for Sundsvall which moves them to ninth place in the league table. As for Gall, it snapped a three-match goalless streak after scoring four goals over a three match span between April 22nd-May 5th.

Gall and Sundsvall are next in action on July 3rd after a one month break.