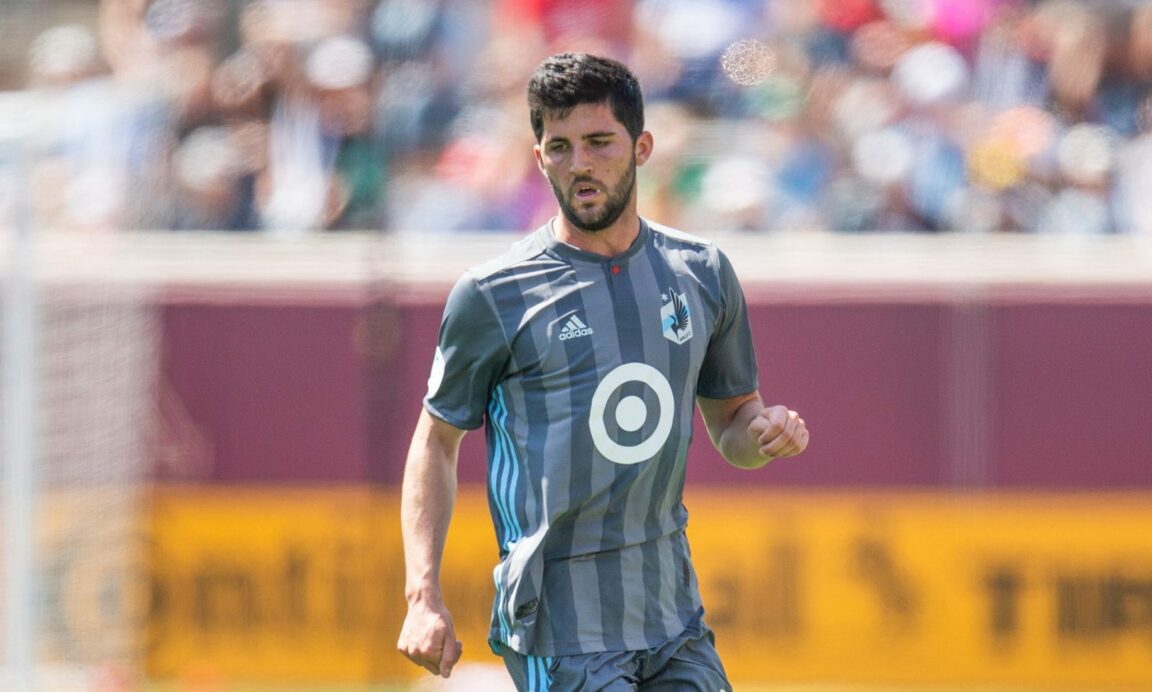 Eric Miller has been through the adjustments that come with being traded as well as the highs and lows that come with MLS life. Just this year, he’d gone from defensive centerpiece to out of favor with the Colorado Rapids, the latest bump in the road for a player that’s experienced several whirlwinds throughout his career.

But Miller’s recent trade to Minnesota United brought a different kind of whirlwind. The deal provided a homecoming and, perhaps more importantly, a chance at reclaiming a spot on the field.

Over the next several weeks, Miller won’t be staying in hotels alone or adjusting to a new city. He’ll be staying in the house he grew up in. He’ll be living with his parents in the city and state he’s called home since he moved to Minnesota when he was four years old.

After falling out of favor with the Rapids, Miller was fortunate enough to get a deal that provides him with off-the-field comfort and a natural on-the-field role. For a player in need of something fresh, it’s a welcome change and an even more welcome return to familiarity.

“I think every time you get traded it’s a pretty hectic one, but it’s pretty nice when you get traded and can sleep in the bedroom you grew up in,” Miller told SBI. “That takes some stress out of things, for sure. All of the moving stuff, going home to where my fiance and my family live, it’s definitely a lot less stressful.

“I talked to Steve Cooke, the interim manager when Pablo (Mastroeni) was fired last summer,” he added. “He’s at OKC now, and I was texting him a bit about trying to get a loan game, and he just said, ‘Look man, the life in football is a rollercoaster and you just need to stay in the middle for the highs and the lows and your fortune will probably change eventually’. That was probably a week before I got traded. It’s a true sentiment. It can change so fast.”

In some ways, the trade aligned out of nowhere for Miller, even if he also kind of knew it was coming. For quite some time, he’d heard rumblings that Minnesota was interested in bringing him home. However, every time those rumblings felt more real, the Loons and Rapids struggled to find neutral ground and agree on a deal.

That was until the final days of the most recent MLS window. On the Saturday before the window shut, Miller heard of talks regarding a trade. Late on Tuesday night, in the final hours, the two teams got a deal done just in time, shipping Miller and $50,000 in Allocation Money to Minnesota in exchange for Sam Nicholson and an international spot.

It’s a deal that realistically works for both parties. The Rapids get a talented winger and a valuable international spot while the Loons bring home a local talent that seems to fit into the team’s plans in both the short and long-term.

Miller might be the biggest winner, though, as he gets a much-needed fresh start. After making a combined 56 appearances over the last two seasons, Miller played exactly zero minutes under the Rapids’ new manager, Anthony Hudson, before being dealt to Minnesota.

“They’re people that you’ve worked with before so you’ll naturally have a bias towards them, and I totally understand. I had a pretty good relationship with Hudson while I was there. He was always cordial with me. I respect him a lot and I think he has a good future there, but it just didn’t work out.”

So far, the transition to Minnesota has been pretty simple. Miller lived in Minnesota for the majority of his offseasons, and he spent this past winter playing pickup soccer with several Minnesota United players, including his future brother-in-law Brent Kallman. The first few days have been “really smooth”, Miller says, a byproduct of moving to an environment with an already-strong foundation in place.

After not playing any minutes through the first two months of the MLS season, Miller was thrust into the Minnesota lineup just days after being traded to the club. Injuries to Tyrone Mears and Marc Burch have left the club short-handed defensively, pushing Miller into his new role rather quickly.

His first performance, by all measures, was a solid one. Despite going down to 10 men, the Loons held on to 1-0 win over the Vancouver Whitecaps while maintaining an all-too-infrequent clean sheet.

Over the next few weeks, Miller is just looking to find his form again after several months without legitimate gametime. After that, he’s setting his sights on more.

“Short-term, it’s about re-establishing myself as an everyday player in MLS. Long-term, with, unfortunately, missing the World Cup, the door is open for any player under 25 or 26 that shows they can do it,” said Miller, who joined the USMNT’s January camp in 2016.

Miller will have the chance to prove that while also enjoying some comforts off the field. He’ll get to spend more time with family. He’ll get to be at birthday parties. His parents get to watch him play.

This week will be spent in Los Angeles as Minnesota United takes on LAFC on Wednesday night. After that? A three-game homestand that Miller is very much looking forward to.

“It’s super crazy that it’s come out the way it has,” Miller said. “The first day when we had our game, I had to drive in from the east side of St. Paul to TCF Bank Stadium, which is downtown Minneapolis. You drive past the new stadium they’re building. It’s an incredible stadium. It’s crazy to think that I grew up here and now they’re building one of the best stadiums in MLS.

“It’s been taken to a place where I don’t think a lot of people saw it being possible for it to go…Hopefully, I can play a long time for my hometown team.”