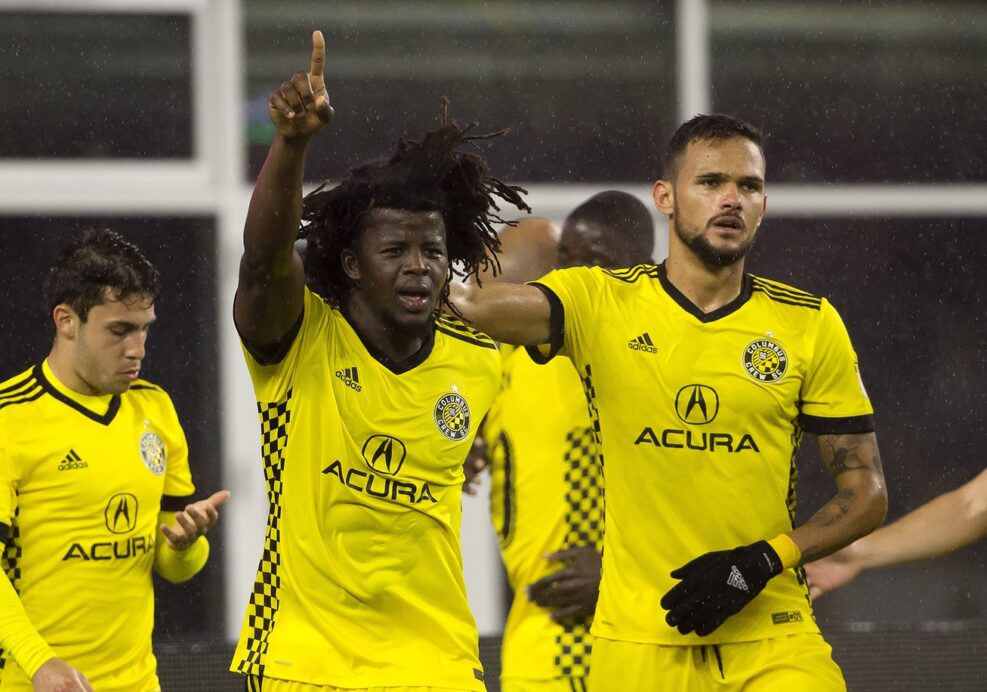 The Columbus Crew may have hit a rough patch in early April, but those signs look to be long gone for the defending Eastern Conference finalists. Gregg Berhalter’s side has been in form lately, extending their unbeaten run to six matches following Saturday’s 1-0 road victory against the New England Revolution.

An 85th minute game winning header from center back Lalas Abubakar sealed the points for the Crew at Gillette Stadium, boosting them into third place in the East. It was the Ghanaian’s second goal in MLS, and his first since August 2017 at Orlando City.

“It was something we practiced on in training and I was not surprised to get my head on the cross,” Abubakar said. “Any time you make a mistake you have to pick yourself up and keep going, so that is what I did and I was fortunate to get the goal for the team.”

Against a team like the Revs, who had scored a goal in each of their previous four matches, the Crew’s backline did a great job of neutralizing in-form forward Cristian Penilla. The 27-year-old Ecuadorian was held to zero shots on goal, after netting a brace the week prior vs. Toronto FC.

Goalkeeper Zack Steffen was huge for Berhalter’s men as well, making six saves to record his fourth consecutive clean sheet. The Crew have not allowed a goal in the last 420 minutes of action, with Steffen making 14 saves during that span. The American hopes that this win continues to create separation from his team and the teams chasing them in the standings.

“We want these wins to help create separation and it will give us more confidence to continue to work hard at training,” Steffen said. “The guys in front of me are playing very well and shutting down the other team’s attacks. We’re preventing fires before they start and that’s important.”

Along with the four-man backline, captain Wil Trapp has been a huge piece to this shutout streak as well. The 25-year-old defensive midfielder has been a rock in the center of the field for Columbus which has allowed the backline to be more flexible in their own play.

“We’ve done a great job of competing over the last few weeks and communication has been key too,” Trapp said. “We knew coming into tonight’s game that New England likes to press and we managed those expectations greatly. Now it just helps us create separation in the table and it moves us further away from that bottom line in the East.”

The next five matches are definitely important for the Crew, facing off with some of the toughest competition so far in the league. They conclude a two-match roadtrip at Sporting KC on May 27, before returning to Mapfre Stadium for a three-match homestand.

Home dates with Toronto FC, the New York Red Bulls, and Atlanta United take over the early part of June before a trip to LAFC comes on June 23. Despite the hard work put in by the team, Berhalter knows the final product is still not there. Progression continues to be the key with a third of the season already in the books.

“The goal is always to continue progressing as a team, continuing to play how we want to play, and to keep improving,” Berhalter said. “We have made errors over the last few matches in which Zack and other players have had to step up. Some matches our offense led us while others the defense did, so we’re going to analyze tonight and get ready for Kansas City.”