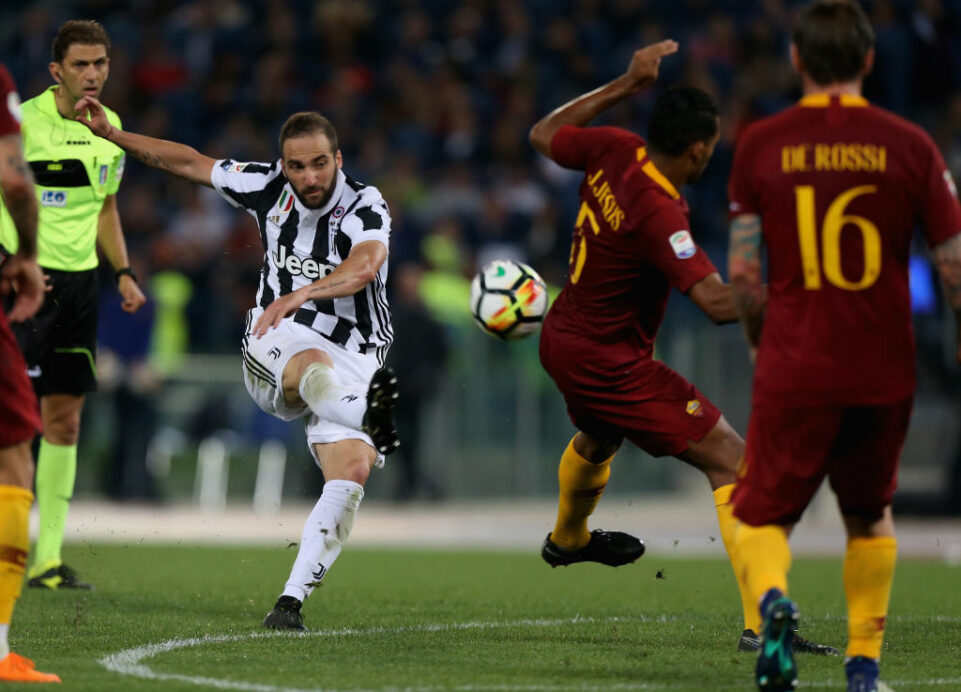 Juventus won their seventh consecutive Serie A title on Sunday, hanging on for a point in a 0-0 draw against Roma at the Olimpico. Federico Fazio and Lorenzo Pellegrini each had efforts on goal for Roma but Gianluigi Buffon was up to the task. Juventus was held to zero shots on goal, but defended proudly to claim their trophy. Radja Nainggolan was sent off in the 68th minute after picking up a second yellow card. Juventus now can celebrate their title at home next weekend in their final match of the season against Hellas Verona.

Elsewhere, Mohamed Salah won the Golden Boot race and helped Liverpool to a final day win over Brighton. Swansea City fell at home and became the third and final team relegated from the Premier League this season. Espanyol hosted Malaga in La Liga play, while Barcelona traveled to Levante. Napoli faced a trip to Sampdoria in one of two late matches in Serie A.

Here is all of Sunday’s European results:

Chelsea’s hopes of making the Champions League next season ended on Sunday as the Blues fell 3-0 to Newcastle at St. James Park. Dwight Gayle’s header in the 23rd minute gave the hosts a 1-0 lead in front of their home fans. Ayoze Perez doubled Newcastle’s lead in the 59th minute as he flicked Jonjo Shelvey’s effort past Thibaut Courtois into the bottom-left corner. Perez doubled his tally on the final day of the season, this time finishing from close range in the 63rd minute. Chelsea who will have to settle for the Europa League next season, was held to two shots on goal.

Swansea City was guaranteed relegation to the second-tier of English football next season, following their final day 2-1 loss to already relegated Stoke City. Andy King’s right-footed finish in the 14th minute gave the hosts a 1-0 at the Liberty Stadium but they shortly were pegged back. Badou Ndiaye finished off a Stoke fast break to level the score at 1-1 in the 31st minute. Peter Crouch snatched the lead for the Potters in the 41st minute as he headed Lasse Sorenson’s cross in from a set piece. Xherdan Shaqiri failed to add to the lead from the penalty spot in the 54th minute, but Stoke would hang on for the final day victory. The Swans join Stoke and West Bromwich Albion as the three relegated sides from the Premier League this season.

Mohamed Salah won this season’s Golden Boot, totaling a Premier League record 32 goals in 38-match season. Salah got on the scoresheet as Liverpool rolled past Brighton & Hove Albion 4-0 at Anfield in their final preparation for their Champions League final later this month. Salah’s smooth finish in the 26th minute opened the scoring for the Reds as they led the Seagulls 1-0. Dejan Lovren was not picked up on a a corner and headed in Liverpool’s second in the first-half. Dominic Solanke added to the lead in the 53rd minute before Andy Robertson capped the scoring in the 85th minute. The Reds finish fourth in the standings, which is good for Champions League football against next season. Brighton finish the season in 15th place.

Barcelona’s unbeaten run in La Liga play was ended on Sunday following their 5-4 defeat on the road at Levante. Emmanuel Boateng led the way with a hat trick for Levante while Philippe Coutinho had a hat trick for Barcelona. Boateng’s first two goals had Levante up 2-0 after the first 30 minutes of the match. Coutinho’s long range effort in the 38th minute pulled a goal back for Barca before halftime. Enis Bardhi extended Levante’s lead to 3-1 in the 46th minute ahead of Boateng finishing his hat trick in the 49th minute. Bardhi’s left-footed finish extended Levante’s lead to 5-1 before Barca fought back. Coutinho slotted in his second in the 59th minute before the Brazilian capped his hat trick in the 64th minute. Luis Suarez’s penalty kick in the 71st minute made things interesting late but it was not enough. Levante moved up to 15th place with the huge win, while Barcelona close their season at home next weekend.