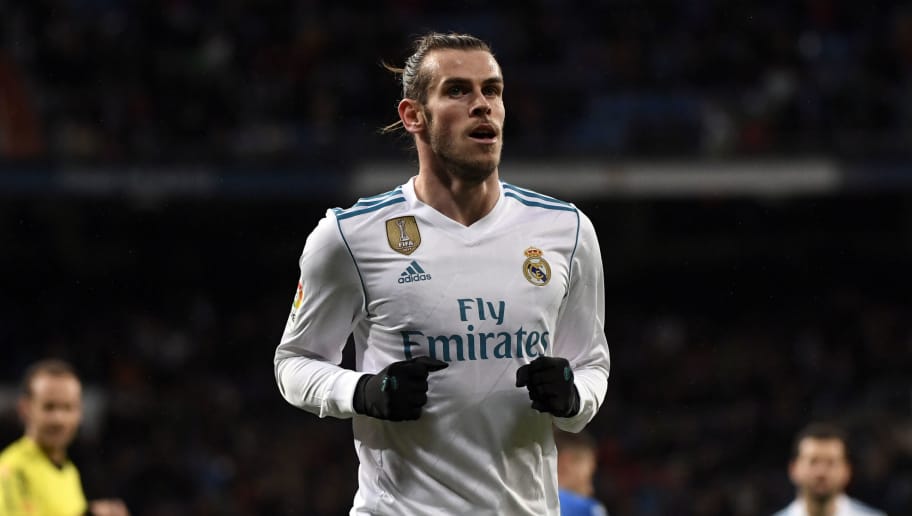 Real Madrid fought their way back for a point in Sunday’s El Clasico against 10-men Barcelona, tying the La Liga winners 2-2 at the Camp Nou. Gareth Bale snatched a point for Madrid as his long-range effort beat Marc Andre ter Stegen to the top-left corner in the 72nd minute. The game got off to a fast start with Luis Suarez opening the action in the 10th minute, scoring his 30th goal in all competitions this season. Cristiano Ronaldo finished Karim Benzema’s headed assist in the 14th minute to draw the visitors level. Barcelona’s Sergi Roberto was sent off before halftime after the wingback was shown red for violent conduct. Lionel Messi was also booked in the confrontation as the two sides went into the halftime deadlocked at 1-1. Messi put Barcelona up in the 52nd minute as he slotted in Suarez’s assist for his 33rd league goal of the campaign. Bale answered his critics as he scored his 15th goal in all competitions to cap the final at 2-2. Los Blancos remain in third place on 72 points, while Barcelona are atop with 87.

Elsewhere in Europe, Chelsea continued their quest for a top four finish as they defeated Liverpool in London. Napoli dropped points at home in a 2-2 draw with Torino. In France, Marseille hosted Nice in the match of the day. The EFL Championship came to a close on Sunday with all 24 teams in action.

Chelsea moved to two points of the top four in the Premier League after a 1-0 win over Liverpool on Sunday. The Blues used a first-half header from Olivier Giroud to seal the win over the Reds at Stamford Bridge. Giroud rose highest and got on the end of Victor Moses’ cross to score his fourth league goal of the season. Thibaut Courtois had a big game for Chelsea, making five saves in the home clean sheet. Mohamed Salah did not have a single shot on target in the match, as Liverpool have been head goalless in back-to-back league matches.

Cardiff City earned automatic promotion to the English Premier League following a 0-0 draw with Reading on Sunday. Neil Warnock’s side knew a defeat paired with a Fulham win would see them drop into the playoff round. The hosts had the better of the chances towards goal, outshooting Reading 3-to-1. Sean Morrison and Craig Bryson had the best chances for Cardiff to score, but defensively they silenced a struggling Reading attack. Cardiff are back in the top-flight for the first time since 2013-14.

Fulham missed out on automatic promotion following a 3-1 road defeat at Birmingham City. Lukas Jutkiewicz and Harlee Dean gave the hosts a 2-0 first-half lead before Fulham pulled one back in the second-half. Tom Cairney’s header from close-range made it 2-1 in the 84th minute, but Birmingham got the last laugh in the result. Che Adams’ right-footed strike in the 89th minute sealed the three points for City who got to celebrate the final day at St. Andrew’s. Fulham suffered their first league loss since Dec. 16th.

Here’s all of Sunday’s playoff implication and relegation results:

The EFL Playoffs will see Fulham take on Derby County and Aston Villa face Middlesbrough. The winners of the two-legged playoff ties will face off in the EFL Championship Final on May 26th at Wembley Stadium with the winner gaining promotion to the EPL.

Sunderland, Burton Albion, and Barnsley have all been relegated to League One.

Espanyol handed Atletico Madrid their first league home defeat of the season, defeating Diego Simeone’s men 2-0. Stefan Savic turned into his own goal in the 53rd minute for Madrid which gave the visitors a second-half lead. Leo Baptistao’s right-footed finish in the 77th minute gave Espanyol their insurance goal which was all they needed to sweep the season series from Atletico. Espanyol keeper Pau made three saves in the win which keeps his side in 15th place in the league table. Atletico are three points clear of local rivals Real Madrid, with two matches remaining.

Leganes hosts Levante on Monday in the final match of Round 36.

Napoli’s title hopes are all but done following a 2-2 home draw with Torino on Sunday. An 84th minute equalizer from Lorenzo De Silvestri sealed the point for Torino after the visitors pegged Napoli back for the second time. Dries Mertens’ 25th minute opener gave Napoli a 1-0 lead as the Belgian finished from inside of the box. Daniele Baselli leveled the score in the 55th minute for Torino as he finished Adem Llajic’s assist into the top-left corner. Marek Hamsik’s seventh goal of the season regained the lead for Napoli as the Slovakian came off the bench and scored in the 71st minute. Llajic played distributor on the tying goal for Torino as he crossed to De Silvestri who headed past Jose Reina. Napoli are six points back of Juventus with two matches left, and sit -16 behind their rivals in goal differential. Torino are in 10th place after the draw.

In the must watch fixture of the weekend in France, Marseille fought back for a 2-1 home success against Nice on Sunday. Dimitri Payet played the hero for Marseille, scoring the game winner in the 72nd minute. The French midfielder got on the end of Clinton N’Jie’s assist and slotted in from close range. Valere Germain leveled the sides in the 13th minute as he finished Payet’s cross for his 10th goal in all competitions. Mario Balotelli had opened things for Nice in the fifth minute, scoring his 16th in league action this season. Nice was held to two shots on goal, eventually losing their first match since March 18th. Marseille, who will play in this season’s Europa League final against Atletico Madrid, sit two points back of second place with two matches left.