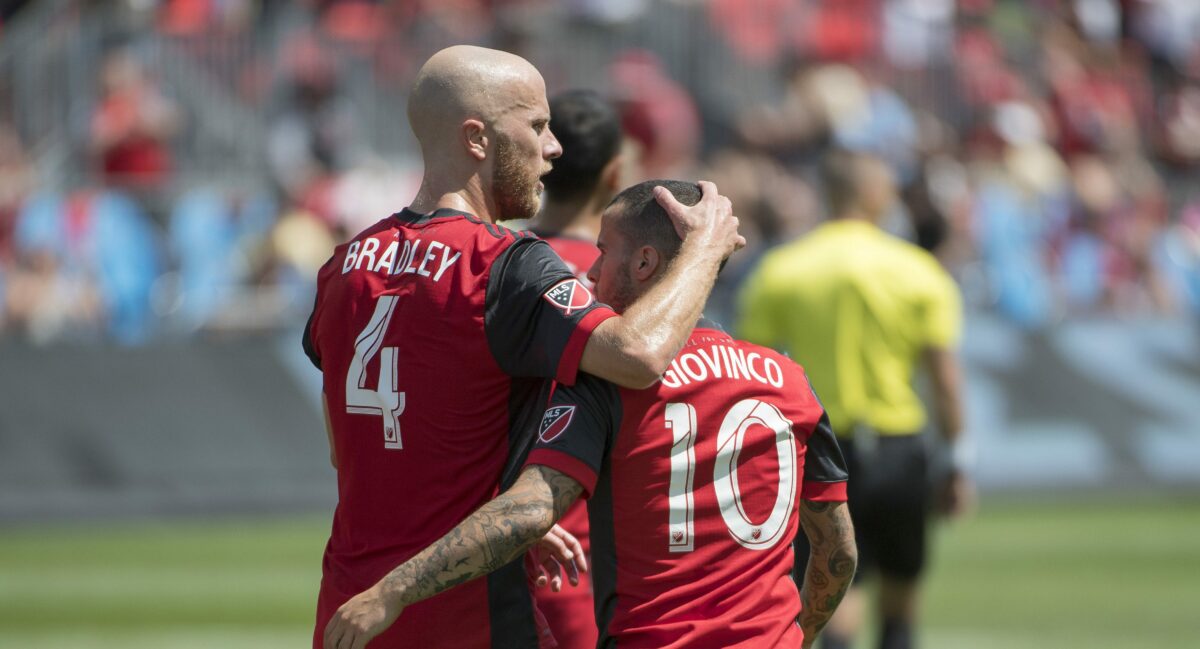 Toronto FC became the toast of MLS in 2017, and the Canadian club remains the toast of the league in 2018 when it comes to salary numbers.

Giovinco is making a guaranteed $7.1 million while Bradley is just behind him at $6.5 million. Kaka of Orlando City had been the league’s top earner in previous seasons the past four seasons before retiring after the 2017 season.

The other players at the top are all recognizable Designated Players such as LAFC’s Carlos Vela, the Chicago Fire’s Bastian Schweinsteiger and Giovani Dos Santos from LA Galaxy. The latter three players are all earning just over $6 million in total compensation.

Other new players of note are Minnesota United’s Darwin Quintero at $1.65 million and LA Galaxy’s Jonathan Dos Santos at $2 million.

Newcomer Los Angeles FC has Vela at a high number and is also spending $1,052,000 on forward Diego Rossi.

Across town, LA Galaxy’s Zlatan Ibrahimovic is earning an even $1.5 million while his teammate Romain Alessandrini is just over $1.8 million. Ibrahimovic is only the fourth-highest paid player on his team.

When looking at the list, the reigning champs, Toronto FC, have three of the highest earners in MLS with Giovinco, Bradley and Altidore in the top seven.

With the potential addition of Wayne Rooney to D.C. United, it will be interesting to see how much the forward will earn because their highest earner is currently Zoltan Stieber at just under $1 million.

In 2015, there were 21 players making $1 million or more. Now in 2018, that number has more than doubled to 46 players with the influx of Targeted Allocation Money allowing teams to target more players in the seven-figure range.

What do you think of the salaries? Who do you see being the best bargain? How about the worst bargain?