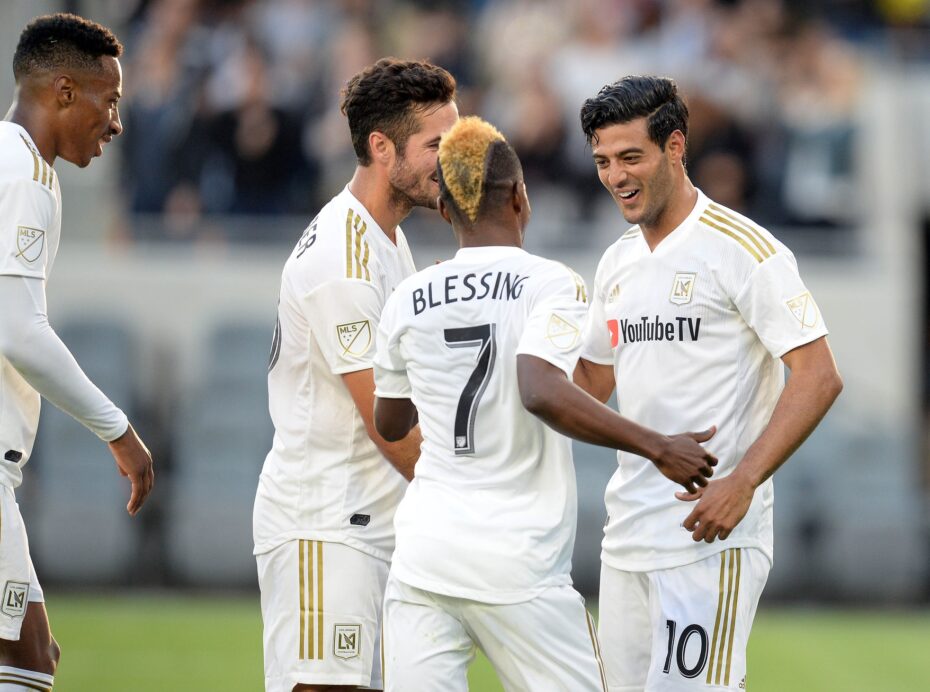 Week 12 in Major League Soccer belonged to road teams, as they scored five wins and three draws over five days of action.

However, one of the five visiting winners stood out among the pack to earn an impressive victory.

Below is a look at who the SBI staff voted on to be the best of MLS Week 12.

On David Villa Day at Yankee Stadium, the Spanish forward found the back of the net on two occasions and contributed an assist to a third New York City FC tally.

The New York Red Bulls pulled off the biggest result of Week 12, as they went into Mercedes-Benz Stadium and beat Atlanta United 3-1. Jesse Marsch’s side is fourth in the Eastern Conference and first in points per game.

Luis Argudo turned in a solid 68-minute shift in the Columbus Crew’s 1-0 win over New England. The start was the second for the 67th overall pick in the 2018 MLS draft.

Carlos Vela’s sublime shot from the right side of the box left Jeff Attinella froze as it soared into the top-left part of the net in LAFC’s loss to Portland.

CARLOS VELA DOES IT AGAIN!