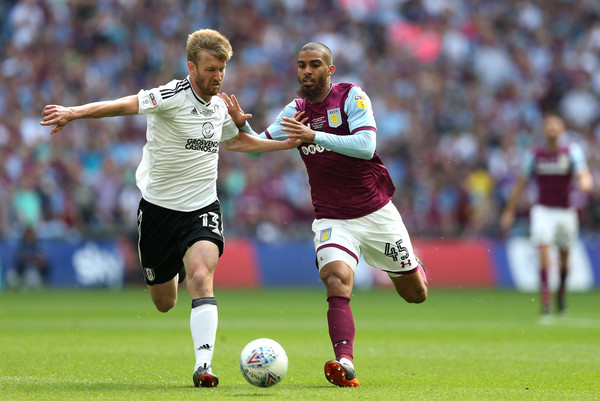 Fulham F.C. finished in third place at the conclusion of the EFL Championship season, and that trend carried over on Saturday.

Slavisa Jankovic’s side edged Aston Villa 1-0 at Wembley to become the third and final team promoted to the English Premier League for next season.

A first-half finish by Scottish international Tom Cairney sealed the deal for Fulham who are now back in the top flight since 2014.

Cairney slotted a left-footed effort past Sam Johnstone in the 23rd minute for the only goal of the match. An excellent through ball by Ryan Sessegnon played in Cairney who made no mistake, scoring his sixth goal of the season.

Jack Grealish had the best opportunity for Villa in the second-half but Marcus Betinelli preserved the clean sheet.

Despite being reduced to 10 men in the 70th minute, the Fulham backline led by American defender Tim Ream did their job and closed out the match.

Betinelli made two saves for Fulham who will also received a huge influx of funds after winning the all-important playoff final.

For Ream, it was a strong performance by the veteran who has been so consistent for Fulham all season long. He was perfect in aerials and clearances, keeping Villa frustrated offensively.

At 30 years old, Ream will play top flight football next season for the first time since 2011.