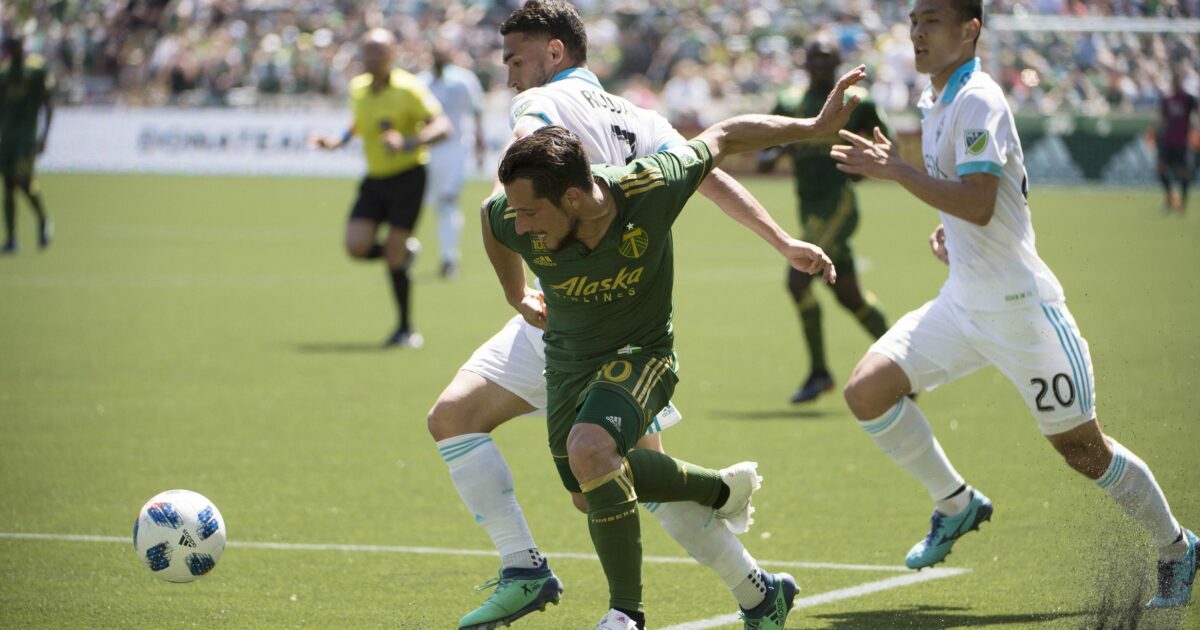 Every win is important, but there’s something about taking down an arch rival while keeping a clean sheet that makes everything more special.

The Portland Timbers downed their arch rivals on Sunday afternoon with a 1-0 victory over the Seattle Sounders thanks to a late goal from Sebastian Blanco.

It was a hard-fought, physical match played in 89 degree heat that head coach Giovanni Savarese was expecting and had his team ready for.

“These are derbies. These are clasicos, as we call it,” he said after the match. “In every derby they’re physical and they’re a battle. You have a plan in place, but then it takes over the other plan. The important thing is that we matched up. They came strong, but we came strong as well and at the end it was great to be able to get a win.”

The physical nature of the match was evident right from the get-go. It took a little more than a half hour for a red card worthy tackle to come in from the Sounders’ Jordy Delem. Liam Ridgewell returned that favor shorty before halftime as well. Add in several other aggressive challenges, including one that almost saw  Blanco sent off near the end of the match, and you have a typical Derby Day tussle between two teams who always hate each other.

But the Timbers didn’t let that affect their organization. They kept their shape both up front and at the back despite the heat and the physical nature of the match. They maintained discipline and kept fighting long enough to get the goal, according to Savarese.

“These kind of games are battles,” he said. “I’m very proud of how the guys continued to battle, how the guys continued to be disciplined, how they worked hard throughout the entire match and how they found a way at the end to be able to get the result that we wanted. But it took a lot of discipline and it was great. I’m just very proud of the effort that everyone put into the game.”

That organization allowed them to keep their third consecutive clean sheet, which is just as important to the team than the win over a rival.

“We pride ourselves on keeping a clean sheet. We don’t look at a goal ratio, we look at clean sheets,” said defender and captain Liam Ridgewell. “The year we won the championship, Nat [Borchers] and I put out a marker of 15 clean sheets that year. It’s just been a big effort from everyone to keep solid, to keep compact, to cover each other and to work hard for each other. It’s not rocket science and it’s been great that the boys have bought into it and it’s paying off.”

But it still all comes back to the rivalry game. Everything gets amped up for a game of this magnitude. The fans, the players, and the coaches all feel the extra energy, and the Timbers were able to manage that on the way to a late win. It was an experience that Savarese relished.

“We’re very fortunate in the United States to have this derby here,” he said. “These games are what allow this sport to grow even more and today was fantastic. From the fans [of both teams], to the game, to the battle that we saw – it was a fantastic experience.