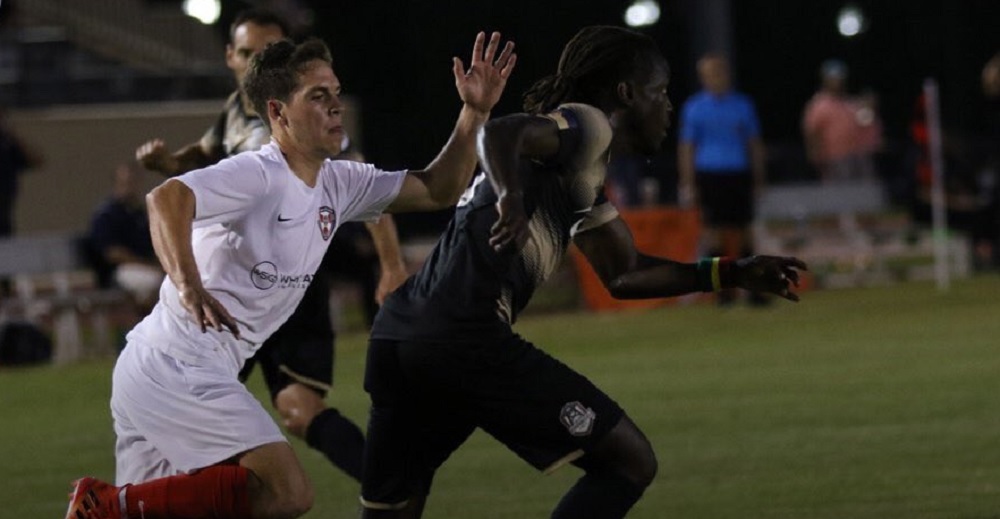 While the second round of the U.S. Open Cup was a banner occasion for amateur sides taking on their professional brethren, the third round was far more subdued, but there was one upset to talk about.

FC Golden State Force of the PDL scored a stoppage time penalty to break a deadlock with the Las Vegas Lights to score the lone victory for the amateurs over the pros in the round. Allisson Faramilio scored both the goals for the Force in their thrilling 2-1 upset of the USL expansion side. His first came in the 75th minute, but it was quickly answered by Joel Huiqui in the 81st. His spot kick came a minute after the 90 minutes expired and proved to be the deciding goal of the game.

For the first time since 2014, there will be two other lower league clubs moving on to face MLS opponents in the fourth round of the competition, but both beat fellow amateurs this time around to earn the privilege.

Miami United FC, who are yet to face a pro team in the tournament, easily took care of the Jacksonville Armada 2-0 away from home and NTX Rayados held off a strong FC Wichita comeback to move on.

The Rayados victory came after they blew a 2-0 lead late in the second half. Goals from Adriano Ramos Vieira and Christopher Escalera had them in front after a half hour, but the lead wouldn’t last. Jose Landaverde and Andres Ochoa scored five minutes apart for Wichita just after the hour mark to level the score. The Rayados winner came in the dying minutes from Christian Okeke to send them through to round four.

The amateurs going up against USL clubs were not as fruitful as they were last week. The Elm City Express failed to score on their trip to Charleston as the Battery took care of them 1-0. Mississippi Brilla FC struggled in Nashville in a 3-1 loss to Nashville SC. Sporting AZ gave Fresno FC a fight. They held a lead late in the second half and ended up losing 2-1 in extra time.

Elsewhere, San Antonio FC needed penalties to get by the Colorado Springs Switchbacks. Sacramento FC squeaked by San Antonio FC, and FC Cincinnati made quick work of the Pittsburgh Riverhounds on the road.

Here’s the full rundown of Wednesday’s U.S. Open Cup Third Round action. The winners of these matches move on to play in the Fourth Round on June 6, with MLS joining the competition.