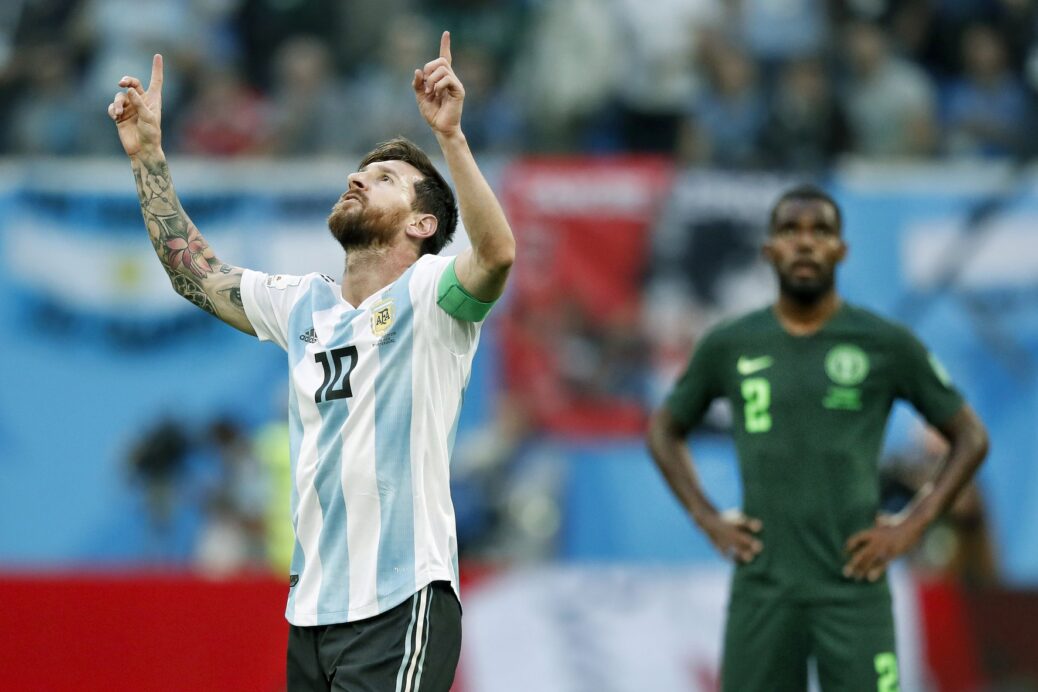 The Argentina side we were all waiting on to show up at the World Cup popped up just enough to put it into the Round of 16.

By no means were the Argentinians perfect in their 2-1 win over Nigeria that sealed second place in Group D, but they earned an opportunity to start with a clean slate in the knockout round.

While Lionel Messi, overwhelmed by emotion, remained on the field in celebration with his teammates, manager Jorge Sampaoli stormed down the tunnel the second the final whistle sounded.

Advancing to the knockout round heals the wounds created in Russia a little bit, but there’s still going to be some tension between Sampaoli and the players and doubt the Albiceleste can move on past France.

While there is still plenty to fix, the Argentinians did come out with a better mentality against Nigeria, as they opened the scoring through Messi and displayed the urgency to score a second goal once Nigeria equalized.

However, there are still flaws in the squad, starting with the poor play of Javier Mascherano, which led to the penalty that set up Nigeria’s equalizer, and the continued mismanagement of the players in attack by Sampaoli.

It’s utterly ridiculous to be sitting here after three games and for Paulo Dybala not to be a major player, unless there is an injury the Argentina camp doesn’t want to disclose.

Dybala adds an in-form element to the Argentina attack alongside Messi that Gonzalo Higuain, Angel Di Maria, and Maximiliano Meza failed to provide.

Crisitan Pavon’s put in some quality minutes, but even he hasn’t had enough to produce on a consistent level.

Sergio Aguero could be the X-factor in the Argentina attack, as his success would open up doors for Messi and Dybala in an ideal starting lineup to wreak all sorts of havoc on a France team that hasn’t looked incredibly convincing.

Sampaoli did get something right with his lineup on Tuesday, as Ever Banega boosted the creativity in the final third, with his brilliant ball to Messi to set up the first goal being the highlight of his day.

Argentina need more of that attacking shine to hide the lapses of a defense that could be eaten alive by France’s attackers if they play at their best in Saturday’s round of 16 clash.

If Argentina makes a deep run in the knockout round, it will be because of its attack.

No one believes the defense is strong enough to hold up for four consecutive matches, especially with the attacking talent in line to face them.

Messi must continue to pull the strings in the final third, but he’s going to need help, and hopefully Sampaoli realizes it’s time for Dybala to finally get his opportunity.

France is a beatable team. Les Bleus haven’t blown anyone out of the water, but they could have their best soccer ahead of them.

Oh, and there’s the looming specter of a potential Messi vs. Cristiano Ronaldo clash in the quarterfinals if Portugal beats Uruguay and Argentina gets past France.

What would be the most-hyped World Cup game in decades would put Argentina further under the microscope.

But before we get ahead of ourselves, Argentina must focus on getting things right on Saturday.

Maybe a clean slate and a bit of confidence is all the Albiceleste need. If Tuesday proves to be a catalyst for a chance in mentality, Messi and Co. will have plenty of chances to reverse the narrative hovering over them like a black cloud.