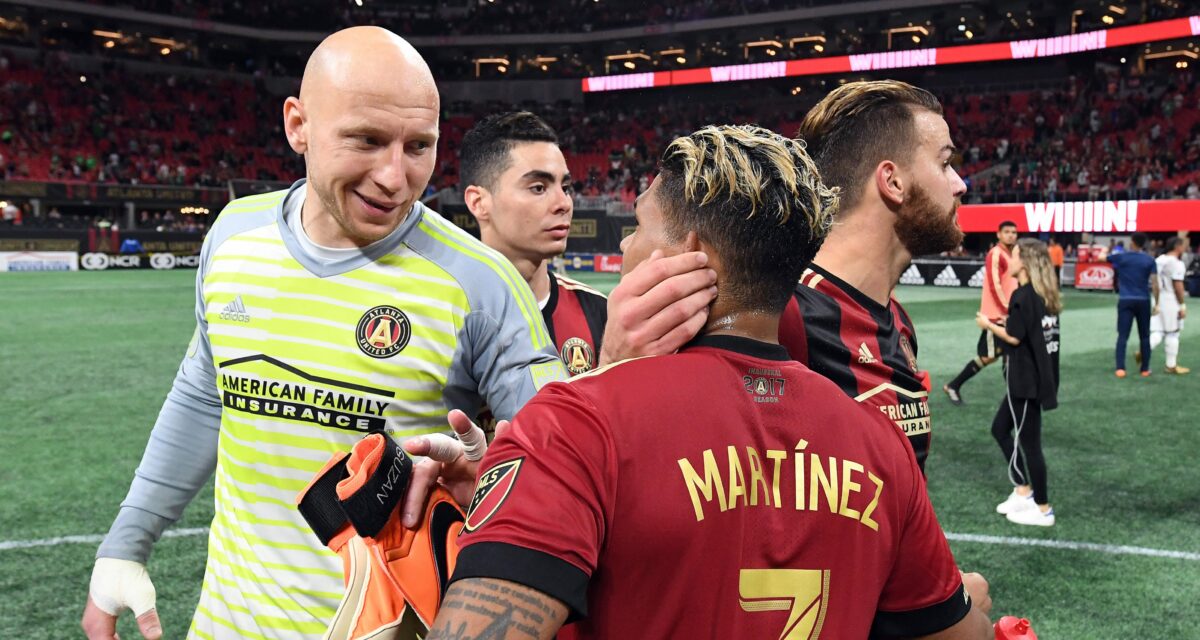 Atlanta United has had a major impact on Major League Soccer since joining the league in 2017. Attendance in Atlanta has soared and the on-the-field product, featuring several of the league’s top young stars, has been among the best in the league.

Those stars can be seen all over the MLS All-Star roster, a squad featuring a heavy Atlanta influence as the midsummer event comes to the city.

More than half of the Fan XI will come from the hometown team as six players will represent Atlanta United against Juventus. Miguel Almiron, who represented the team against Real Madrid last season, returns while Brad Guzan, Darlington Nagbe, Josef Martinez, Michael Parkhurst and Ezequiel Barco also joining the squad. A number of World Cup veterans join the fold, including Zlatan Ibrahimovic, Graham Zusi and Carlos Vela, but, make no mistake: the Aug. 1 match is very much about Atlanta.

“Any time you’re going to be a part of something like this, it’s a special opportunity,” said Guzan, who will be making his first All-Star Game appearance. “It’s an exciting opportunity. I think that the best part is that we’re hosting in Atlanta and it gives us the opportunity as a club, as a team, and especially as a city and a fanbase to show MLS as well as a a historic club like Juventus what we have created down here in Atlanta and showcase what we’re about as a fanbase and as a club.

“From that sense, we’re really excited. Any time, as a player, you can be a part of something like this, it’s always a good time. There’s a lot going around the game of course that comes with it, but you enjoy the moment.”

That moment will have a very Atlanta feel as the club’s fanbase overwhelmed the voting to get a number of stars in. Players like Martinez and Almiron were obvious inclusions as the former leads the league with 14 goals while the latter has six goals and seven assists. The others, though, were very much a product of the team’s fanbase simply swarming to vote to get them into the lineup.

USMNT veterans like Guzan, Parkhurst and Nagbe have certainly done well enough and carry the name recognition to earn some votes. Barco, meanwhile is the big surprise, as the league’s most expensive signing was voted an All-Star with three goals and an assist to his name.

Of the six, Nagbe, Parkhurst and Almiron have appeared in an All-Star Game with Parkhurst leading the way as a five-time selection. While the American regulars will be a focus, Guzan says it’s even more important for the team’s South American stars to garner recognition for what they’ve brought to the table.

“These guys are important guys for our league to grow,” he said. “Fans want to see these guys play. We’re lucky to have so many of them here in Atlanta. The big names, the guys that are up-and-coming stars that have taken the league by storm, it’s exciting for all of us to be a part of it.”

“I think it speaks volumes about our fanbase and how involved they are not only in our team but also in the city,” he added. “To have six members of our team voted in, it’s pretty unbelievable on a couple different levels.”

Guzan says everything about the All-Star Game speaks volumes to what has grown in Atlanta. More than 50,000 tickets have already been sold for the big game and that number could certainly challenge the 61,000 that watched the MLS All-Stars take on Real Madrid in 2017.

“I continue to say that we’re lucky to play in front of 45,000 week in and week out and on certain weeks there are 70,000+ in attendance,” Guzan said. “It’s not fabricated, not scripted, it’s genuine fans that are wanting to be a part of this club and want to be part of the soccer scene.

“There are clubs around the world that would die to have what we have here, and that’s down to our fan support in terms of their belief in us as a club and as a team.”