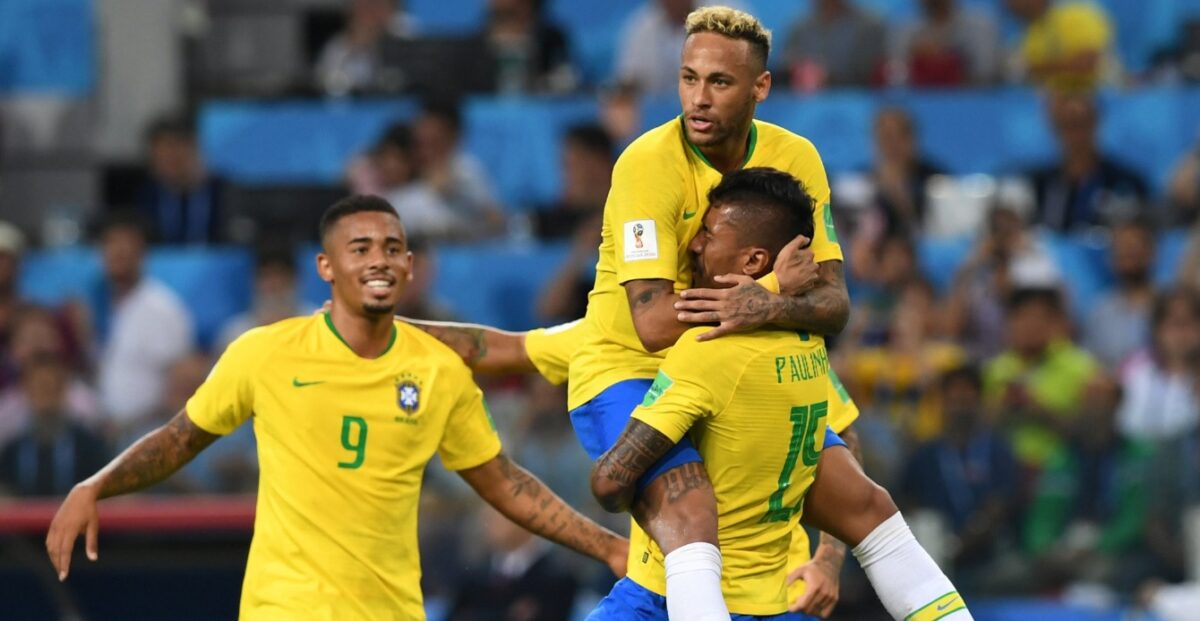 Brazil looks like its hitting it’s stride as the World Cup knockout round approaches.

The Selecao advanced to the round of 16 with a 2-0 win over Serbia to clinch first place in Group E and a matchup with Mexico on Monday.

Paulinho and Thiago Silva provided the goals in Moscow in a match that also eliminated Serbia from the competition.

Brazil was handed an early scare in the 10th minute, as Marcelo exited the field with an injury. However, the reports out of the Brazil camp mention the defender was just dealing with back spasms.

Paulinho opened the scoring in the 36th minute, as he used a cheeky toe-poke to lift the ball over the outstretched arms of Vladimir Stojkovic.

In the 68th minute, Thiago Silva rose above a collection of players in the box to put Brazil ahead by two goals.

Serbia had a few chances throughout the contest, but wasn’t able to beat Alisson, who picked up his second clean sheet of the tournament.

Brazil moved on to the knockout round alongside Switzerland out of Group E, while Serbia finished third.

Neymar was all over the place for Brazil, as he produced an assist and four key passes.

Despite creating a few chances in the box, Aleksandar Mitrovic was unable to beat Alisson.