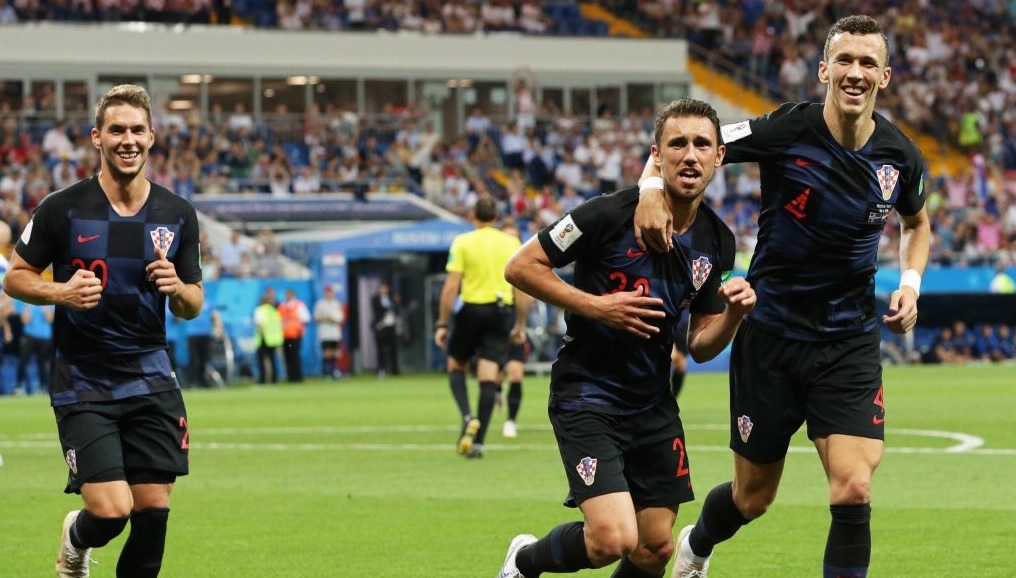 Croatia have been one of the most impressive teams of the World Cup so far, and thanks to a late goal by Ivan Perisic, they completed a perfect group stage with a 2-1 win over first-timers Iceland.

Perisic broke a 1-1 deadlock in the 90th minute after creating a turnover in the Iceland half and slotting home calmly after a nice run, breaking Icelandic hearts as they held out hope for advancing.

After a cagey first half, Croatia finally opened the scoring in the 53rd minute. Milan Badelj latched onto a loose ball at the top of the penalty area and bounced a shot into the net.

Iceland would return to the front foot after that as their desperation grew. They got their equalizer thanks to a mistake from Dejan Lovren in the 75th minute. The Liverpool defender handled in the box and gave Sigurdsson the chance to level from the spot. He buried his attempt and gave Iceland some hope that they might yet advance.

But that was merely false hope, as Perisic’s winner came at the end of regular time thanks to a mistake by Iceland in their own half.

Croatia wins group D with three wins in three matches and will move on to play Group C runners up Denmark in the next round. Iceland will take pride in their first World Cup appearance as they return to their sparsely populated island to their loyal fans.

Milan Badelj did more than just score Croatia’s opening goal. He was a beast in the midfield that created chances going forward and stopped Iceland’s attack at opportune moments.

Perisic’s goal sealed the result and smashed Iceland’s hopes of a round of 16 berth.

Emil Hallfredsson made a critical error leading to the winning goal and overall didn’t have an excellent match in the Iceland midfield.