Denmark hangs on for important victory over Peru 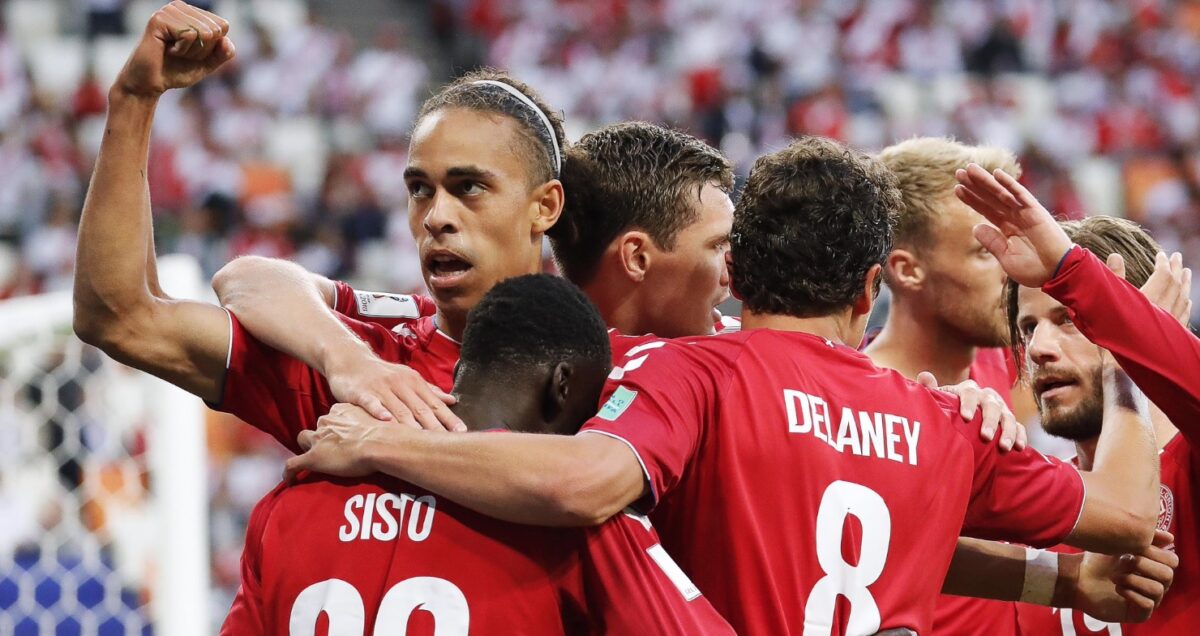 Anytime you are able to make the most of your opportunities you’re giving yourself a strong chance to win in any sport. In the first-ever meeting between Denmark and Peru in Saturday’s World Cup action, that trend proved itself once again.

Denmark used a second-half finish by winger Yussuf Poulsen on a swift counter attack which propelled the Danes to a 1-0 victory. Despite having the fewer offensive chances, Denmark stayed compact defensively and dealt with a lively Peru attack.

Following a dramatic first-half, Poulsen received a lay off from Christian Eriksen on the left wing and danced his way into the box to score. A nice left-footed finish beat Pedro Gallese to the bottom-left corner. It was Poulsen’s fifth international goal for Denmark in his 29th cap, and his second in a week in all competitions.

Lasse Schone’s volley was kept out by Gallese in the first-half, which was Denmark’s best chance in the opening 45 minutes.

Peru had chances of their own, with the biggest coming before halftime. Video review awarded Peru a penalty in first-half stoppage time after Christian Cueva was dragged back by Poulsen. Despite winning the spot kick, Cueva failed to make an make it count as he skied his effort into the stands.

All-time leading scorer Paolo Guerrero came off the bench after the hour mark and tried to spark a comeback. The forward’s header soon after stepping onto the pitch, easily fell in Schmeichel’s arms.

Guerrero’s back heel in the 79th minute look destined to squeak in but again luck wasn’t on their side. Schmeichel’s biggest save came in the 84th minute as his kick save on Jefferson Farfan kept Denmark ahead.

Even with their 16 shots in total compared to Denmark’s eight, Peru lacked the cutting edge in front of goal. Saturday marked the first World Cup fixture for Peru since 1982. The Leicester City goalkeeper Schmeichel made six saves to preserve the clean sheet.

Denmark are next in action on Thursday against Australia, while Peru faces off with Group C leaders France on the same day.

Kasper Schmeichel and his goalkeeping ability were the main reason Peru were unable to find a goal, despite the consistent pressure late in the match.

A huge kick save by Schmeichel in the final 10+ minutes really kept Denmark in front after it looked like Peru would level the score. The Leicester man got down and was able to pick out the ball through numerous bodies.

Christian Cueva is a lively player for Peru but definitely hurt his team missing his penalty kick. A long run up delayed Cueva’s shot and it ended up costing Peru a chance at a point or more.