England benefits from late game-winner to knock off Tunisia 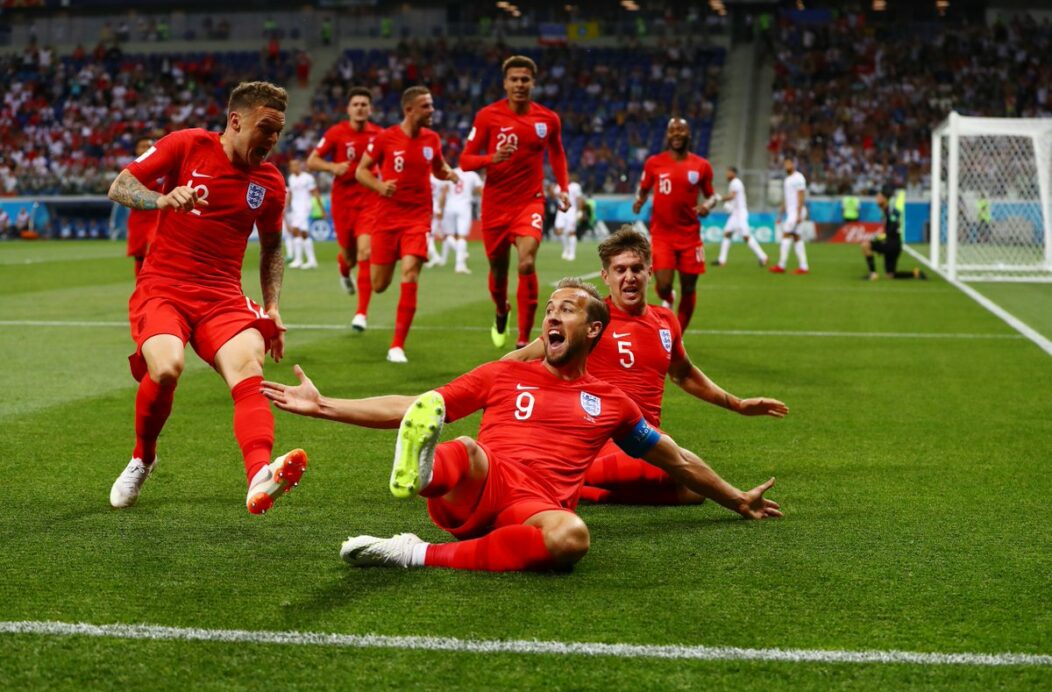 No matter how easy a World Cup game looks on paper for England, the Three Lions always make it difficult.

England started strong and then labored through the match before securing a late 2-1 victory by way of Harry Kane.

The Tottenham forward scored both English goals 79 minutes apart to save Gareth Southgate’s team from humiliation in its Group G opener.

Kane capitalized on the early wave of challenges on the Tunisian goal in the 11th minute, as he knocked in a rebound near the right post. John Stones rose above the pack in the box to head a chance on goal off a corner kick, but Mouez Hassen made a terrific leaping save before dumping the rebound to Kane’s feet.

The joy of the early goal, which brought a sense of relief among English fans this World Cup may be different than past tournaments, shifted in the normal sense of despair as the opening stanza rolled on.

In the 33rd minute, Kyle Walker committed a needless and calamitous mistake in the box, as he raised his arm and it hit Syam Ben Youssef in the face. The contact to the face in the box handed Tunisia a penalty kick, and Ferjani Sassi slotted home from the spot past Jordan Pickford.

Stones’ whiff from close range and a rolling ball off the post on Jesse Lingard’s run into the box continued the attacking frustration for the English in the first half.

With time ticking down and the normal sense of disappointment already settled in for the Three Lions, Kane rescued them with an open header at the back post. Kane nodded home the game-winner and immediately rushed to the sideline to celebrate with his teammates.

Kane’s game-winner leveled England with Belgium atop Group G heading into Saturday’s clash with Panama. Tunisia will be forced to rebound against Belgium in Saturday’s opener.

Kane’s late winner triggered an ecstatic celebration on the English sideline and sent the Tunisian players to the verge of tears after producing an impressive performance.

Tunisia’s set-piece defending wasn’t great in the two moments they needed to defend well. The center-back pairing of Dylan Bronn and Ben Youssef and the rest of the Tunisian defense must improve in that aspect of the game.