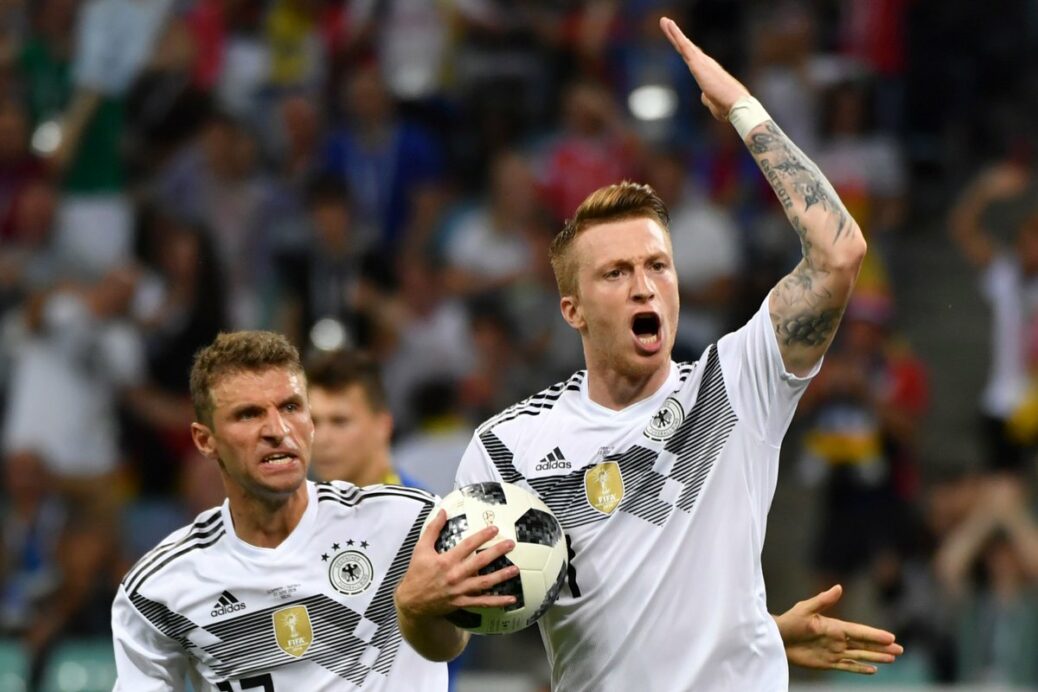 Ninety-plus minutes of disappointment fueled by missed chances and poor defending for Germany was washed away by one free kick.

Toni Kroos’ whipping set piece in the 95th minute handed Germany a vital 2-1 win over Sweden to keep it in contention of advancing to the knockout stage. Kroos struck his free kick from just outside the left side of the box into the right part of the net to secure the victory.

Although Germany controlled the first half, Sweden produced a few quality chances in the opening 45 minutes. The Swedes had an early penalty shout, when Marcus Berg broke in on goal and appeared to be fouled by Jerome Boateng. No call was given despite the Swedish frustration, but they were able to strike before half time.

In the 32nd minute, Ola Toivonen sneaked a shot over an incoming Manuel Neuer to put an immense amount of pressure in Germany.

Germany battled back right after the start of the second half, as Marco Reus finished from close range, but the defending champion couldn’t break through the Swedish defensive banks of four after that. To add to Germany’s misery, Jerome Boateng was sent off for a second yellow in the 83rd minute.

Despite missing most of its key chances, Germany stayed alive through Kroos’ game-winner.

After struggling for most of the match, Kroos delivered the most important kick of the game into the back of the net to keep Germany alive.

Kroos’ free kick set up all sorts of chaos in Group F, with Mexico, Sweden and Germany still alive to advance.

Timo Werner missed a few chances and Mario Gomez was unable to finish on multiple chances to nearly leave Germany disappointed after the final whistle.