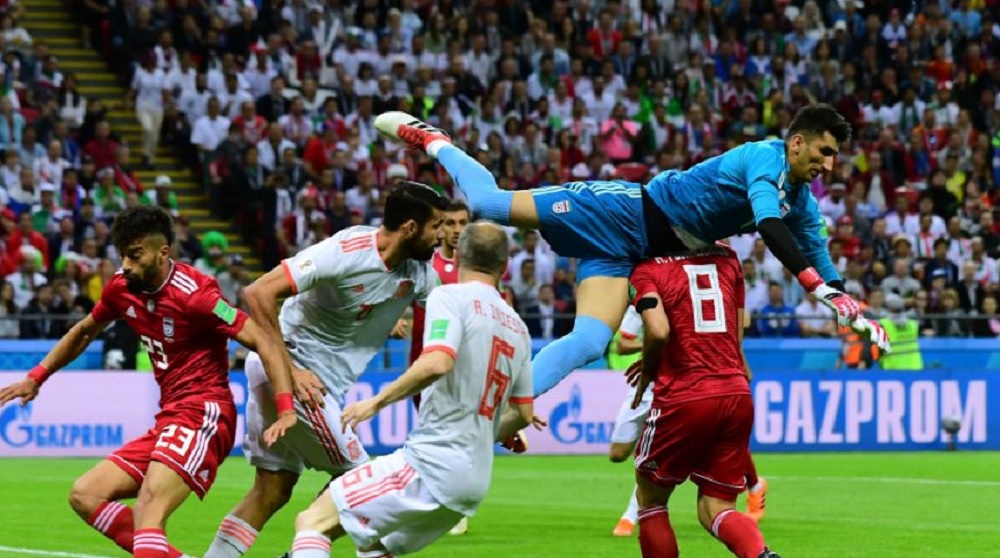 Iran tried its best to keep Spain out of the goal, but a team that powerful can only be held at bay for so long.

Diego Costa’s fine 54th minute finish was the result of Spain’s patience in unlocking a very difficult Iranian defensive lock in a 1-0 win. He received a pass from Andres Iniesta between two defenders, spun toward goal, then watched as an Iranian defender cleared the ball off his own knee and past Iranian goalkeeper Alireza Beiranvand.

The Iranians came into the match with a solid defensive plan and they executed it to near perfection. Spain did create a few solid chances before the goal, but struggled breaking down a very disciplined Iranian fortress that often featured all eleven players behind the ball.

Time wasting was also key to the Iran plot. The underdogs took their time on their set piece opportunities and lingered on the pitch for some fairly minor knocks. Uruguayan referee Andres Cunha deserves some credit for keeping the teams in line despite these sometimes ugly tactics.

From time to time Iran would venture forward looking for a goal of their own. Their best looks came off a 53rd minute throw-in that resulted in Karim Ansarifard smashing a blistering shot into the side netting and a 82nd minute sequence that saw Vahid Amiri nutmeg Gerard Pique and lob a picture-perfect cross to Mehdi Taremi, but the latter’s header went just over the bar.

They even thought they had a 63rd minute equalizer off a free kick, but the assistant referee flagged Saeid Ezatolahi for being offside as he finished and VAR confirmed the decision.

Spain concludes their group stage on Monday when they take on Morocco. Meanwhile, Iran will stare down a must-win game against Portugal at the same time.

Isco didn’t get on the scoresheet, but he was clearly Spain’s best player out wide.

Diego Costa broke the deadlock in the 54th minute, which represented the only time Spain were able to penetrate Iran’s defense in any meaningful way.

Sardar Azmoun had a few chances to connect for Iran, but he was never quite in the right place at the right time.