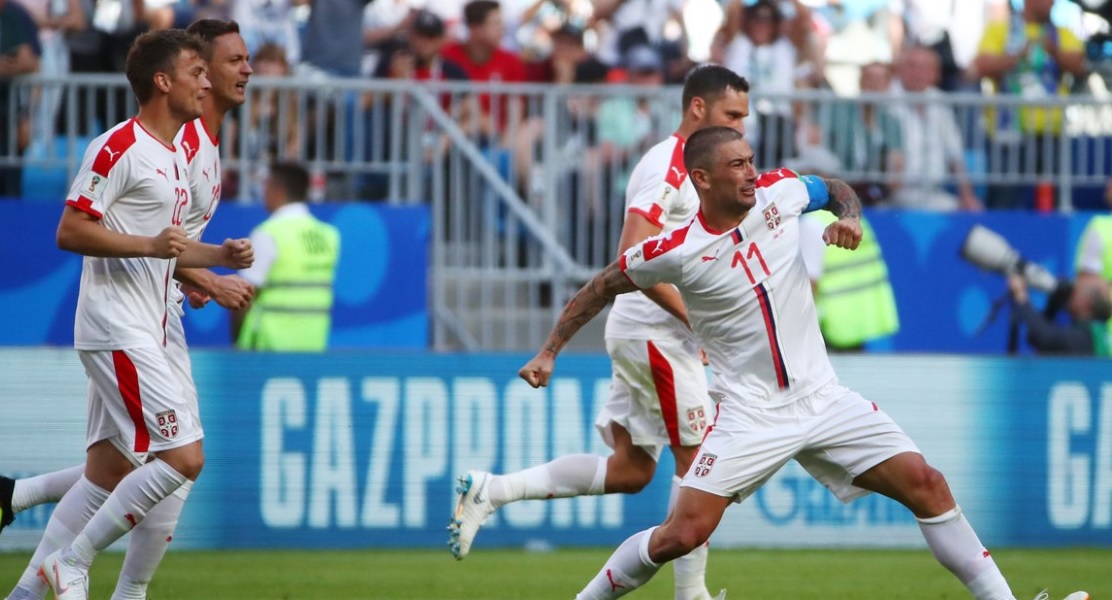 It may not have been very exciting, but Serbia labored their way to three points in its World Cup opener against Costa Rica.

In a match that lacked attractive attacking play, a free kick proved the deciding factor for Serbia in its 1-0 win over the Ticos.

The free kick was an impressive strike off the boot of Aleksandar Kolarov in the 56th minute. The Roma left back curled a shot over the wall and inside the near post, giving Keylor Navas absolutely no chance at a save.

Serbia controlled much of the flow of play before the goal and was content to sit back and defend a pretty lifeless Costa Rica attack afterwards. Los Ticos only managed seven shots on the afternoon and rarely showed any urgency.

Costa Rica did have one golden opportunity in the final seconds of the match. Christian Bolanos was left all alone on the doorstep, but he got under the shot as it sailed over the bar as the offside flag went up.

Both sides continue their group stage on Friday. Serbia faces Switzerland while Costa Rica has a tough challenge against Brazil.

Aleksandar Kolarov was all over the place for Serbia. He scored the goal, contributed width to Serbia’s attacks, and was a stout force defensively towards the end of the match.

Kolarov’s free kick decided the contest and turned a drab scoreless game into three points for the Serbs.

Marco Urena may as well have not been on the pitch before he was subbed off in the 67th minute.