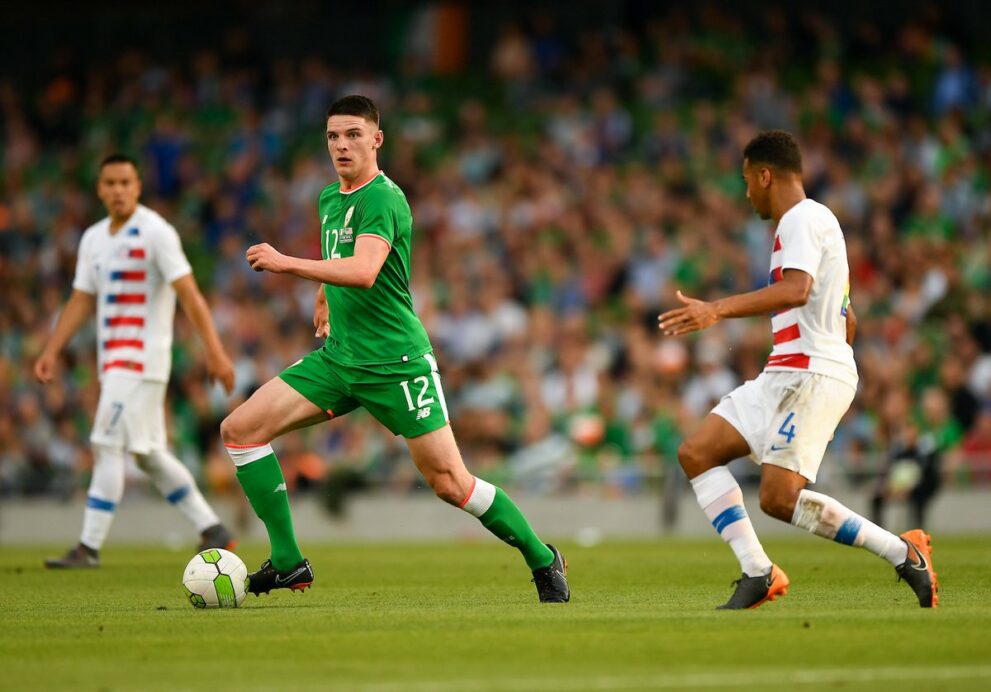 Saturday’s U.S. Men’s National Team friendly against Ireland was significantly scrappier than the 3-0 battering over Bolivia that preceded it as set pieces and defense ruled the day in Dublin. When that day was done, though, the U.S. was undone by a 90th minute goal.

Bobby Wood’s first half finish was canceled out by a goal from Graham Burke in the second half before Ireland scored yet again in the 90th minute to seal a 2-1 win. Ireland’s goal late finish came from Alan Judge, who danced through the box before rifling a shot past Bill Hamid and into the back of the net.

The loss is the USMNT’s first under Dave Sarachan following two wins and a draw.

Just moments before halftime, and slightly against the run of play, the U.S. took the lead on a goal from Wood. The finish came via a set piece, as Wil Trapp’s free kick was headed on by Matt Miazga. Wood pounced on that second ball inside the six-yard box, tapping home for his second goal in as many games with the USMNT following a difficult year with Hamburg.

In the 57th minute, the Irish pulled level on a mistake from Hamid. The USMNT goalkeeper whiffed on a corner kick into the six-yard box, leaving a wide-open net. Darragh Lenihan’s shot banked off of Burke and in, pushing the scoreline to 1-1.

Ireland appeared to have a second in the 68th minute as the U.S. was beaten once again on a set piece. However, Lenihan’s finish was undone by an offside call, fortunately for the U.S.

The first half was largely level, although the Irish were likely the more aggressive of the two teams. Hamid had a few shaky moments in the opening half, including one miscommunication with Miazga that led to a dropped cross. However, Hamid also made one solid first half save, stopping a knuckling longshot from James McClean.

Throughout the second half, the USMNT made a number of chances to bring new pieces into the fray. Tim Parker came in for his USMNT debut early in the second half while Josh Sargent and Shaq Moore entered the match with 20 minutes remaining, replacing Wood and DeAndre Yedlin, respectively. Luca de la Torre also entered late, earning his USMNT debut.

Next up for the USMNT is a test that will most certainly be the toughest this young group has faced as the U.S. heads to Lyon to take on World Cup contenders France.