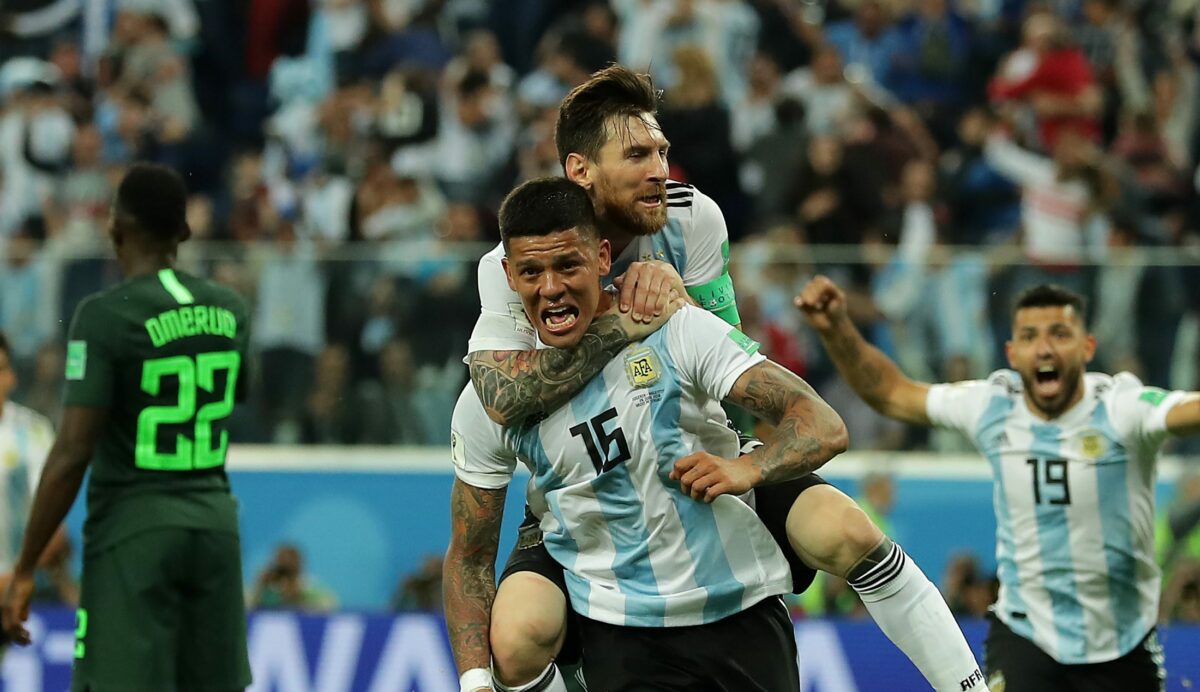 Lionel Messi did his part with a goal on Tuesday but it was a defender that played hero for Argentina.

Messi’s finish was canceled out by a Victor Moses penalty kick, putting Argentina on the brink of elimination. However, an 87th minute goal from Marcos Rojo lifted Argentina to a 2-1 win over Nigeria and into the knockout stages.

Rojo’s goal came as hope dwindled for Argentina, who struggled to create against Nigeria’s backline. The goal lifted Argentina into the knockout rounds while avoiding what looked like it could have been the team’s first group stage elimination since 2002.

Messi stepped up with his first goal of the tournament early in the first half on a magnificent ball from Ever Banega. The Barcelona star took a perfect touch and finished, giving Argentina the lead while easing some nerves.

Those nerves came right on back in the second half as Javier Mascherano was called for a penalty kick for a foul on a corner kick. Moses buried the shot from the spot, leveling the match at one apiece.

Chasing a goal, Argentina had no attacking ideas as the second half continued. Nigeria, meanwhile, nearly had a chance as a ball struck the hand of Rojo. However, after going to VAR, it was determined that the handball was not deliberate.

With just 10 minutes remaining, Argentina’s chance came to Gonzalo Higuain, who was given yet another chance to score a big goal for his country. Once again, though, Higuain failed to put his shot on target as Argentina couldn’t muster the goal needed.

Rojo came up the with the goods late, propelling Argentina to the Round of 16. Nigeria was eliminated after finishing third in Group D.

Rojo was the man of the moment, scoring a huge goal to keep his side alive.

With time winding down, Rojo provided the goal needed in a match where Argentina struggled to create.

Javier Mascherano struggled mightily in defense, getting beaten for pace several times while also needlessly giving up a penalty kick.