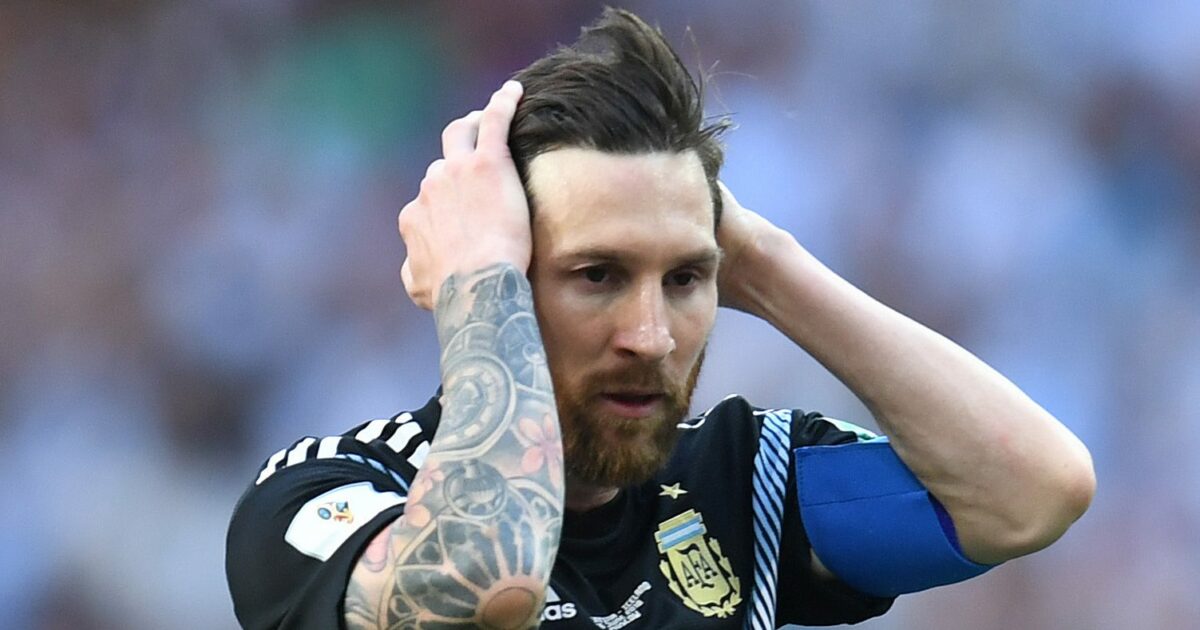 Lionel Messi is in some kind of World Cup slump.

One of the two greatest players in the world has had a rough go since the start of the knockout rounds back in 2014. He hasn’t scored in Argentina’s last five World Cup games, including on Saturday afternoon at Spartak Stadium in Moscow.

Messi took 11 shots, the most he’s ever launched in a World Cup match, but he failed to put any in the back of the net.

The one that will be looked at above all others will be his penalty miss in the 63rd minute of the match.

“It hurts me to have missed the penalty, because it was the decisive advantage,” he said after the match. “I feel responsible for not having been able to take the three points. I have no doubt that a goal from the penalty kick would have changed everything.”

Messi has struggled from the spot of late, having missed five of his last ten penalties for club and country.

Thankfully for him, he still has the support of his teammates. In fact, Sergio Aguero, who scored the lone Argentinian goal against Iceland, says it only makes Messi feel more human.

“Leo showed he’s human,” Aguero said. “We support him. He just had a bad day, but we know that he can give us the victory at any moment of the game. I hope he can be better for next match against Croatia.”

Argentina better hope Messi doesn’t have any more bad days. He is the talisman of the squad and Argentina aren’t much without him. They still have a strong chance to get out of Group D at least. Matches against Croatia and Nigeria won’t be easy, but they are certainly winnable games.

Messi still has hope, at least.

“We have not lost our hopes despite the draw,” he said, “we still have the same desire,” he said. “I think we deserved the victory. We worked hard trying to find spaces in the Icelandic defense, but we couldn’t do it.

“This result doesn’t have to weigh on us looking forward. We have a few days to rest and to prepare the next match.”