Messi denied from the spot as Iceland earns draw against Argentina 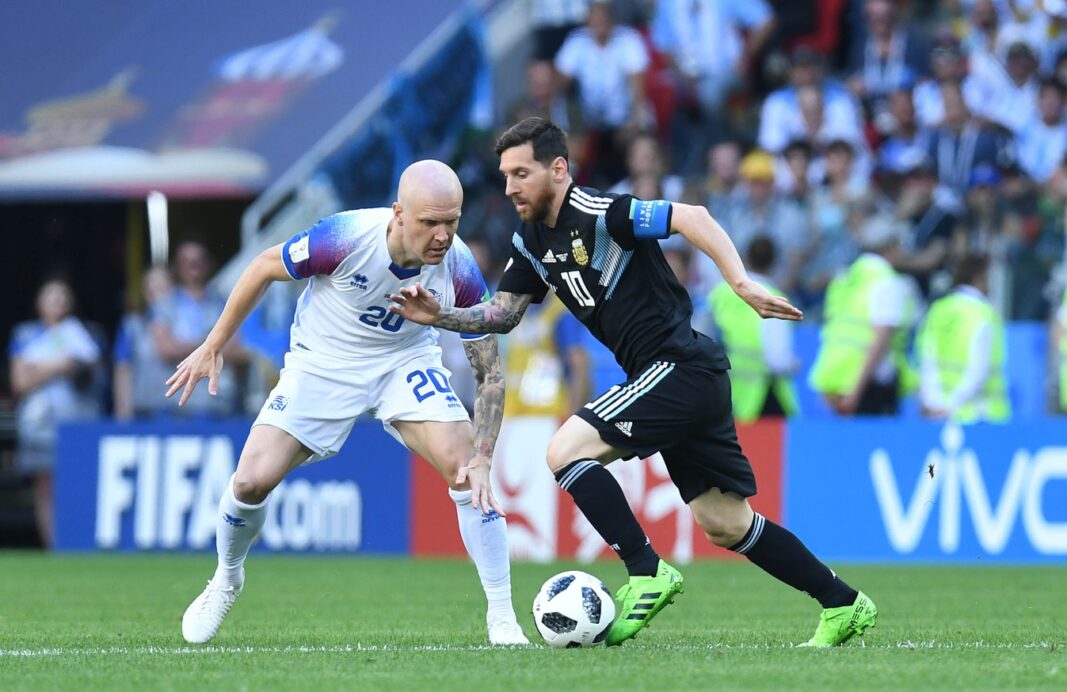 Lionel Messi had his chance to lead his team to victory, but Iceland goalkeeper Hannes Thor Halldorsson had other plans.

A first-half goal by Alfred Finnbogason paired with a strong defensive effort by Iceland earned them a 1-1 draw in Group D play.

Sergio Aguero netted his first career World Cup goal as his blistering shot beat Halldorsson to the top-left corner in the 19th minute. A long effort by Marcos Rojo found the feet of Aguero who shimmied to his left and scored smoothly.

The lead only lasted four minutes for Argentina though as Finnbogason equalized in the 23rd minute. A cross by Hordur Magnusson was palmed by Willy Caballero by the rebound fell to the Augsburg striker who tapped in Iceland’s first ever World Cup goal.

Messi was kept out earlier in the half as Halldorsson palmed his curler away, while Gylfi Sigurdsson’s right-footed strike on the verge of halftime was gathered by Caballero.

Argentina had a huge chance to regain the lead in the 64th minute with their captain stepping up to the penalty spot. Hordur Magnusson bundled over Maximiliano Meza which awarded Jorge Sampaoli’s side a penalty. However, a poorly taken effort by Messi allowed Halldorsson to punch the effort out.

Messi’s struggles continued as he missed the left post in the 81st minute after creating some space. Cristian Pavon’s effort forced Halldorsson into a long stretch to his right after it came from a tough angle.

The Icelandic keeper made seven saves in the draw, as Iceland defended their tails off to grab a huge point. Argentina will look at this as a failed opportunity after having 78% of the match possession, and over 500+ more completed passes than their opponents.

Argentina are next in action on Thursday against Croatia, while Iceland faces Nigeria on the same day.

Halldorsson was huge for Iceland making seven saves including the penalty save on Messi. After five shutouts in qualifying, the 34-year-old continued his role as a dominant leader for his nation.

The penalty kick save by Halldorsson really helped Iceland across the line, but another huge save on Pavon later in the half kept the score level. Halldorsson was a busy man and stood up to the task for his team.

Lionel Messi missed the penalty kick with a poorly taken effort for his standards. Following Ronaldo’s hat trick yesterday, the pressure was on the Barcelona star to step up for his team and he did not in the draw.