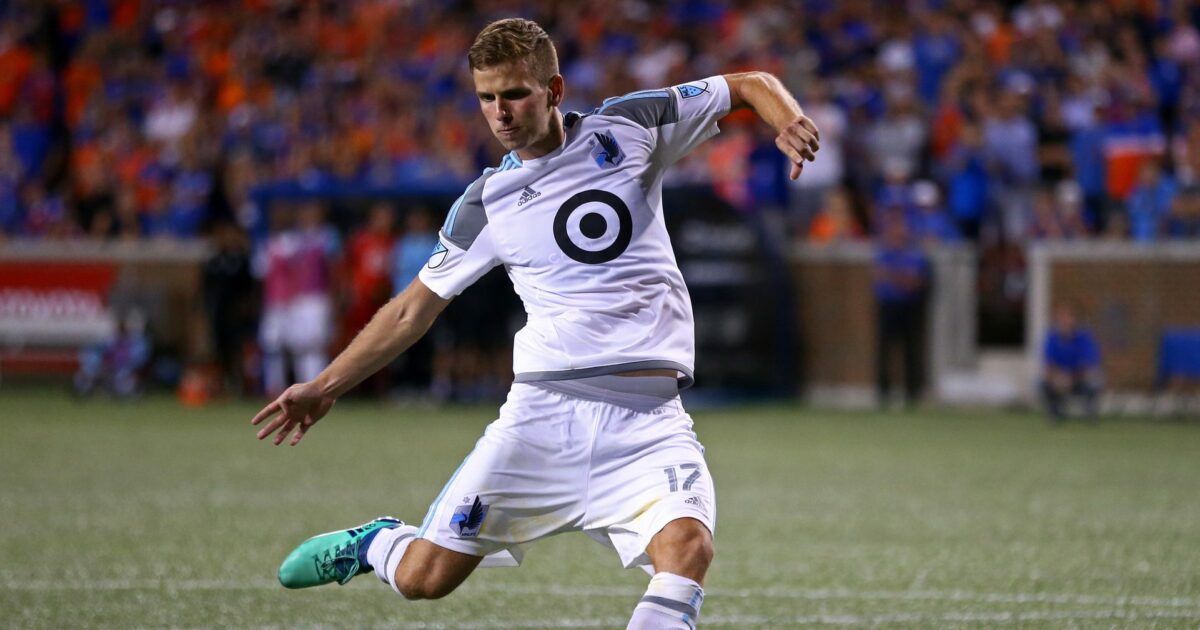 Minnesota United is hosting its Pride Night tonight when they face FC Dallas, and it will be a particularly special occasion for midfielder Collin Martin.

Martin took to Twitter on Friday afternoon to announce to the public that he’s gay, making him the second Major League Soccer player to do so and the only active gay-male athlete in major American professional sports since the retirement of the LA Galaxy’s Robbie Rogers after last season.

Tonight my team, @MNUFC , is having their Pride night. It's an important night for me — I'll be announcing that I am an openly gay player in Major League Soccer. #soccerforall pic.twitter.com/cOJQXfrBiv

“Tonight my team, Minnesota United, is having their Pride night. It’s an important night for me I’ll be announcing for the first time publicly that I am an openly gay player in Major League Soccer,” he said in his post.

Martin has been out to his family and friends for quite some time, according to his announcement. He says this includes past and present teammates and felt the time was right to come out publicly.

He’s thankful for the support he’s had from his teammates and the Minnesota United front office, and even has the support of MLS commissioner Don Garber. “We admire Collin’s courage, and are proud of him and of the support from the soccer community,” he said in a statement.

Martin joined the Loons before the 2017 season and has made eight appearances in all competitions on the year. He began his career in 2014 with D.C. United and made 32 appearances in four seasons with the them before the trade to Minnesota.