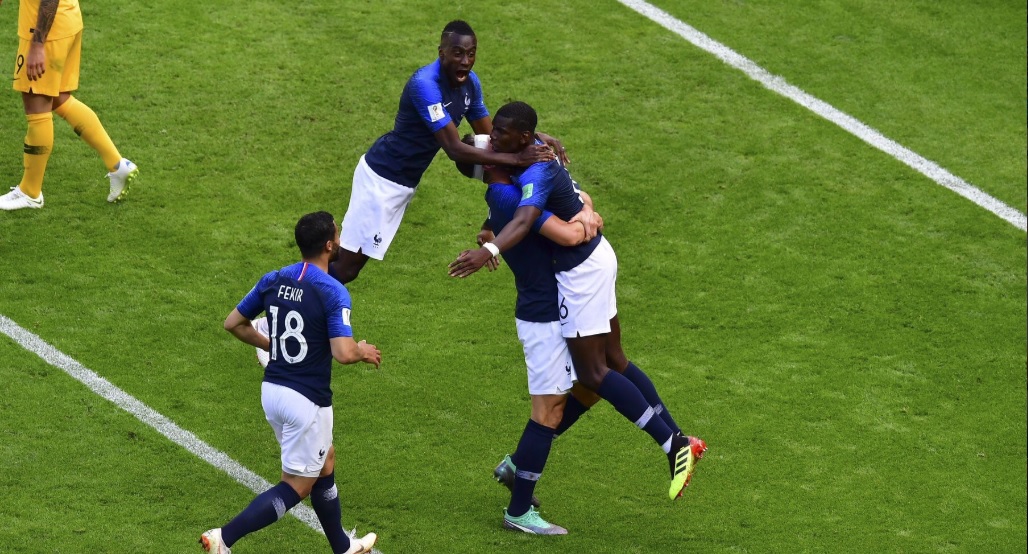 France were heavy favorites to defeat Australia in their 2018 FIFA World Cup opener in Kazan, but they needed some luck to go their way in the end.

Les Bleus used a pair of second-half goals to down Australia 2-1 with Paul Pogba netting the winner in the 80th minute.

It was a quiet first half between the teams with France having the better looks. Kylian Mbappe was kept out early by Matthew Ryan, while Australia defended heavily against the dangerous France attack. Antoine Griezmann had a pair of efforts towards goal, but the Brighton keeper gathered each with ease.

Griezmann broke the deadlock in the 58th minute as video review reversed a call on the field. Referee Andres Cunha awarded Les Bleus a penalty kick after Joshua Risdon hacked down Griezmann inside of the box. The Atletico Madrid forward scored the ensuing penalty kick, leaving Ryan flat-footed on his line.

However, Australia leveled the score quickly as Mile Jedinak slotted past Hugo Lloris from his own penalty kick in the 62nd minute. A silly handball by Samuel Umtiti gave Cunha no argument but to whistle for the spot kick.

France’s pressure paid off in the 81st minute as Pogba’s right-footed effort clipped Aziz Behich’s foot and went off the crossbar and in. Video review was used to check if the ball crossed the line, but it was quickly awarded to Didier Deschamps side.

Lloris was called into action once, while Ryan made four saves. France will next face Peru on Thursday in Yekaterinburg, while Australia battles Denmark in Samara.

Griezmann started the scoring for France, but Pogba’s late effort snatched the win for France. The Manchester United man was quiet early but turned it on late and got some help on his eventual winner.

Australia’s penalty kick looked to have put a dagger in France’s hopes for a win, but it eventually propelled Les Bleus to commit more forward. A nice pair of 1-2’s by Pogba left Australia exposed and a good effort beat Ryan for the win.

Australia head coach Bert van Marwijk went a different direction as he started Andrew Nabbout as the main forward. Nabbout was isolated for most of the match and was eventually subbed off in the 64th minute. He rarely had a touch of the ball and could be dropped for a more experienced Toni Juric next match.