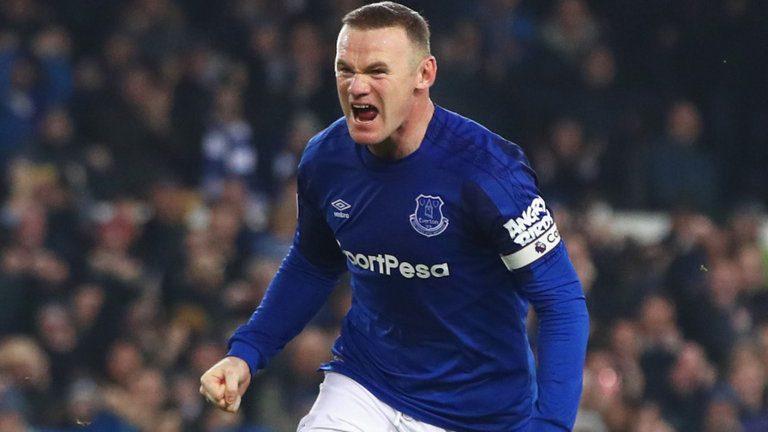 According to the Washington Post, former Manchester United forward Wayne Rooney is set to join the MLS club this July ahead of the opening of their new stadium, Audi Field. D.C. has reportedly finalized a package with the 32-year-old Rooney on a two-and-a-half year contract worth $13 million.

The club has also agreed to purchase his rights from Everton for an undisclosed transfer fee.

(UPDATE: D.C. announced the signing of Rooney on Thursday morning.

“It is fantastic to be joining D.C. United at such an exciting time in the club’s history with the new stadium opening in just a few weeks,”  Rooney said. “Moving to America and MLS fulfills another career ambition for me. I have the hunger to be a success here and will give D.C. 100 percent – as I have always done for every team I have ever played for.

“When I visited earlier this summer I was really impressed with everyone I met connected with the club, and of course the new Audi Field. Now I can’t wait to get on the pitch in a United shirt and join my new teammates to bring success to this club.”)

Rooney is the all-time leading scorer for both Man United and the England National Team. He is coming off an 11-goal campaign with the Toffees, but failed to score within the 2018 calendar year.

The forward will become the highest paid player in D.C.’s history, and is scheduled to arrive on Thursday afternoon. He is not eligible to play until July 10th, but is allowed to train with his new team until then.

D.C. has struggled in 2018, claiming only 10 points from their opening 12 matches in league play. They have also been eliminated from the U.S. Open Cup and have won twice all of 2018.

Rooney will certainly add veteran experience to the group and add to the hype of the franchise as they begin a new chapter in their history. Audi Field is scheduled to open on July 14th which could mark the first official appearance for the former England star.