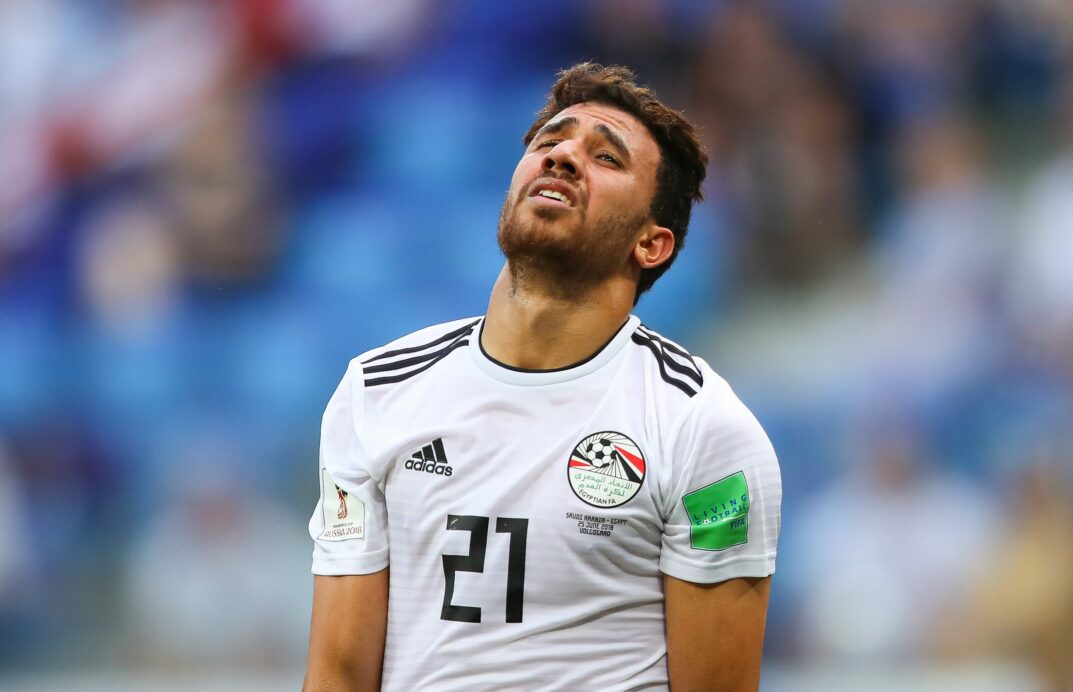 Egypt went into Monday’s group finale looking for some consolation after a disappointing showing in the group stage. The Pharaohs started brightly, but by the end of the day their final match ended as their previous two had ended: with disappointment.

Saudi Arabian forward Salem Aldawsari scored on the final kick of the match to give the Saudis a 2-1 victory over Egypt on Monday, a win that helped Saudi Arabia avoid last place in group play for the first time in its history.

Mo Salah opened the scoring in the 22nd minute when he ran onto an excellent long pass from Aballah Said and chipped the ball over the on-rushing Saudi goalkeeper.

It felt like it would be Egypt’s day to taste victory when 45-year-old goalkeeper Essam El Hadary saved a penalty attempt in the 41st minute. The oldest player in the tournament, Hadary denied Fahud Almuwallad from the spot to keep Egypt in the lead, though it wound up only being temporary.

Saudi Arabia finally broke through in the first-half stoppage time when Egyptian defender Ali Gabr was whistled for a foul in the penalty area on Almuwallad. A nearly five-minute delay to review the play ultimately led to the initial penalty call being upheld. Salman Alfaraj converted the penalty to tie the match just before halftime.

Salem Aldawsary’s winner gives him the nod over Salah for the game’s top honors.

El Hadary’s penalty save was special for a variety of reasons, not least of which because he did it as the oldest player in the tournament, but Aldawsary’s winner snatched this honor away.

Though the penalty call against him was a harsh one, Egyptian defender Ali Gabr might still feel some regret for grabbing enough jersey to draw Saudi Arabia’s eventual equalizer.