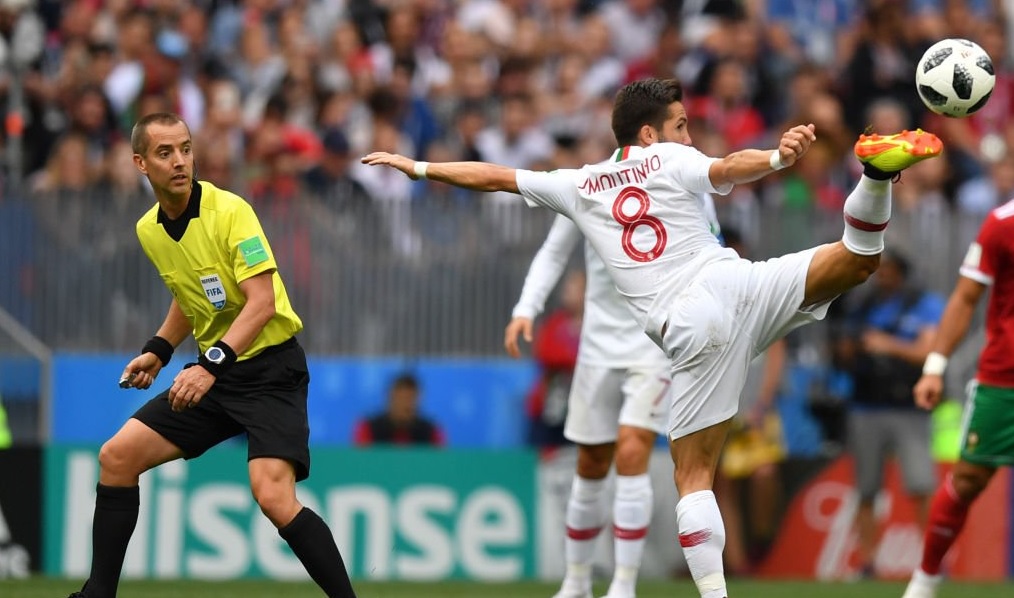 Portgual grabbed their first victory of the 2018 FIFA World Cup on Wednesday, holding on for a 1-0 triumph against Morocco.

With his fourth-minute assist in the matches’ only goal, midfielder Joao Moutinho earned SBI Player of the Day honors for the first time this tournament. Moutinho’s cross was headed in by Golden Boot leader Cristiano Ronaldo in the fourth minute.

The 31-year-old has been an influential part of the Portuguese National Team for years now, and always finds a way to get in on the action. He is coming off a seven-assist campaign with AS Monaco in Ligue 1 and is still producing when it counts for his country.

In a very youthful Portuguese midfield, Moutinho has been a leader and has helped his side to four points from their opening two matches in Russia.

Moutinho beat out international Rui Patricio who made four saves in a clean sheet, and Uruguay’s Luis Suarez who scored a winning goal.

Who do you think was Wednesday’s Player of the Day at the World Cup?