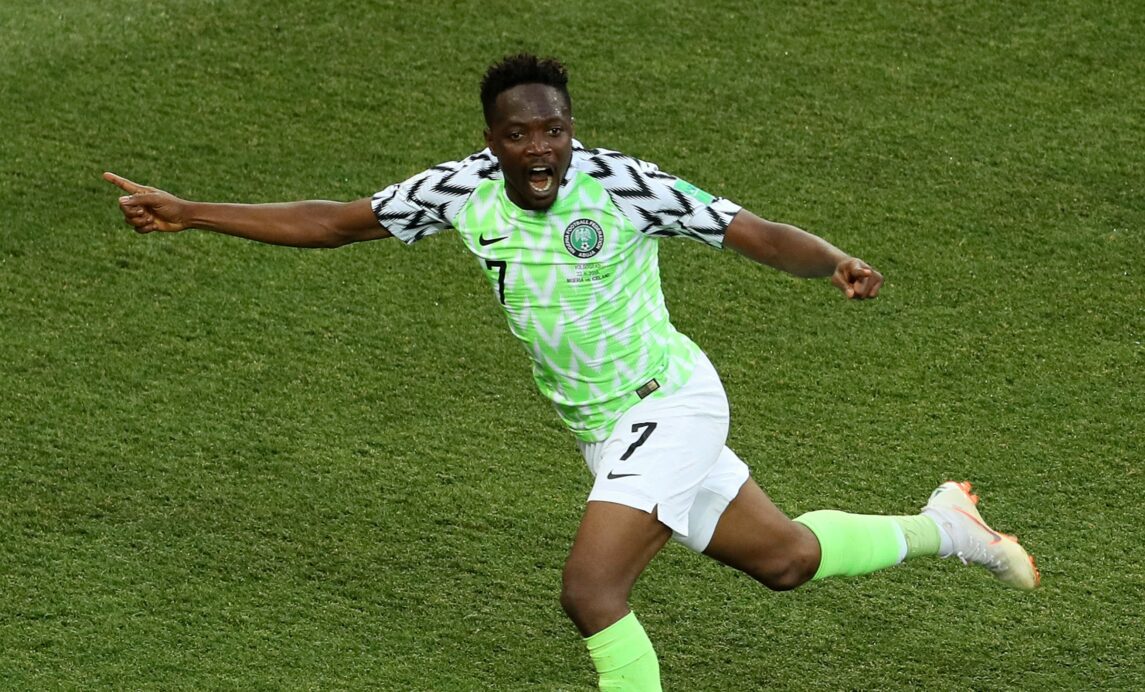 Nigeria needed a victory on Friday to keep its hopes of advancing to the knockout stages alive. Ahmed Musa led the way for the Super Eagles, scoring a pair of highlight-reel goals in his first start of the tournament.

Musa earned SBI Player of the Day honors, as his two goals helped Nigeria to a 2-0 victory over Iceland in Group D.

His first helped kickstart the Nigerian offense as he passed a cross from Victor Moses up to himself, and smashed past Hannes Thor Halldorsson early in the second-half. Musa’s day was not over there as he raced past several Iceland defenders and iced the result with his second of the match.

The Leicester City winger helped provide a spark for Nigeria’s offense who were shut out in their first group stage match against Croatia.

Musa beat out Switzerland’s Xherdan Shaqiri and Brazil’s Philippe Coutinho for Player of the Day honors.

What did you think of Musa’s performance? How huge will he be for Nigeria in its final group stage match? Who else stood out in Friday’s action?