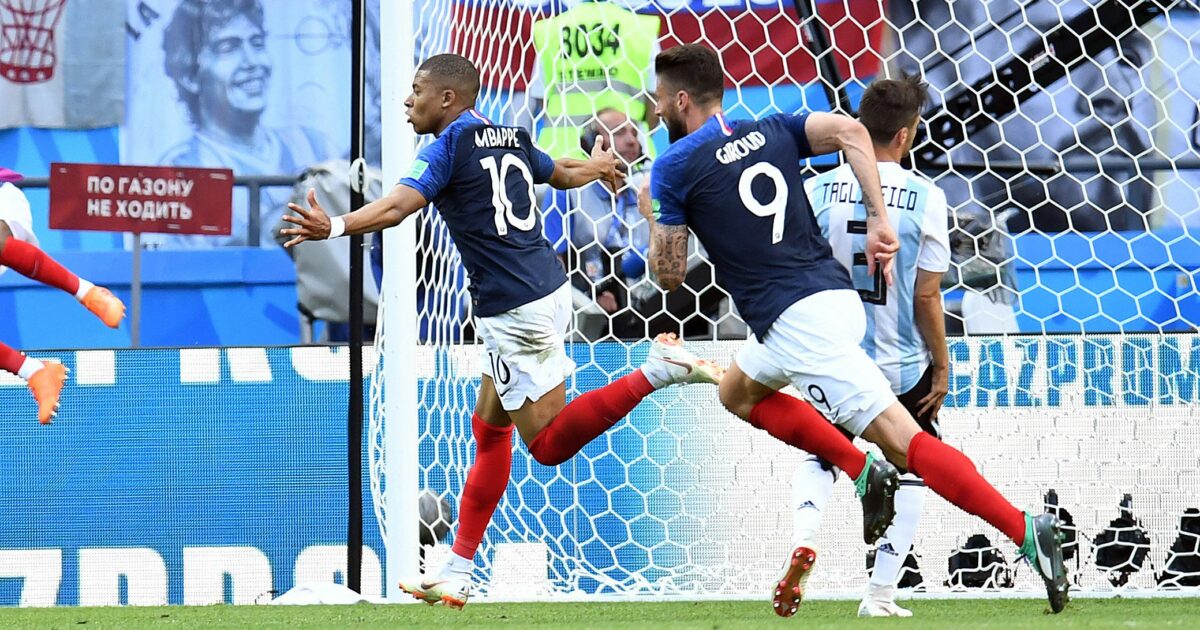 France and Argentina put on a real show to open up the group stage, but there was one player who rose above the rest and that was French forward Kylian Mbappe.

The young Paris Saint-Germain star opened his afternoon by winning a penalty for his side within the first quarter-hour. As the match went on, it felt like he was always the target of a well place Paul Pogba pass or defending well from the front as Argentina controlled possession.

He ended up winning the match for France with two quick goals in the second half. The winner came in the 64th minute and was the result of Mbappe’s stellar first touch and powerful finish.

He collects the loose ball in the box and fires it home to make it 3-2 for Les Bleus. pic.twitter.com/gCdhCD5C0e

His second came all of four minutes later and showed off his speed and ability to smash shots in on the fly.

The 19-year-old gets his second of the game to put France up 4-2. pic.twitter.com/1mY2fN2MBc

Mbappe is all of 19-years-old and is making an excellent case for choosing him as Young Player of the Tournament. He is the first teenager to score multiple goals in a World Cup game since Michael Owen, way back in 1998.