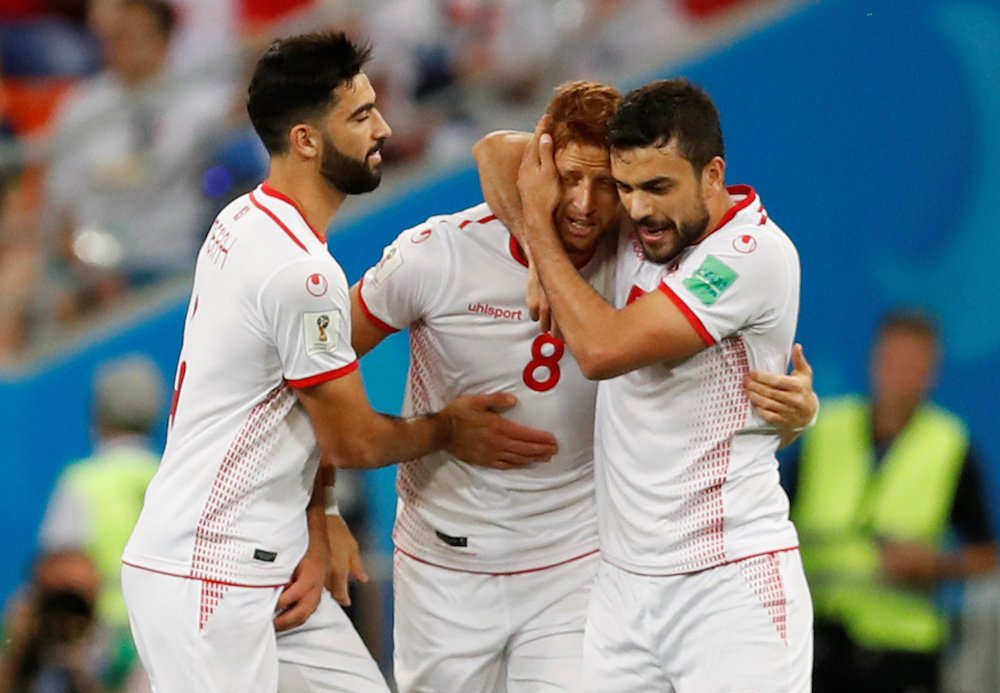 Tunisia was able to end their World Cup campaign on a high note as they used a second-half surge to defeat Panama on Thursday.

Goals from Fakhreddine Ben Youssef and Wahbi Khazri helped the Tunisians turn around a first-half deficit and edge the Panamanians, 2-1, in Saransk.

An own goal by Tunisia’s Yassine Meriah gave the CONCACAF side a lead in the 33rd minute after Panama could not break through earlier.

The lead did not last long into the second-half, as Ben Youssef slotted in Khazri’s low driven cross to level things in the 51st minute. Khazri called his own number later in the half and hit paydirt in the 66th minute to snatch the lead.

The 27-year-old’s right-footed shot beat Jaime Penedo to the high center of the goal which proved to be the winning goal. It was Khazri’s fourth point of the tournament after a goal and an assist in each of his last two appearances.

Aymen Mathlouthi made two saves the rest of the way to preserve the victory for Tunisia. The 33-year-old made four total, while Penedo also was called into action four times.

Both teams were eliminated prior to kickoff and are on their way home from Russia. Tunisia finished with one win and two defeats, while Panama fell in all three of their group stage matches.

Khazri has been the sole leader for Tunisia this tournament and his second-half winner helped his side end the tournament on a high.

Gabriel Torres came into the Panama starting XI but didn’t help his side’s cause. Offensively, Panama only scored one goal themselves in this tournament with all of their strikers lacking the final product in front of the net.