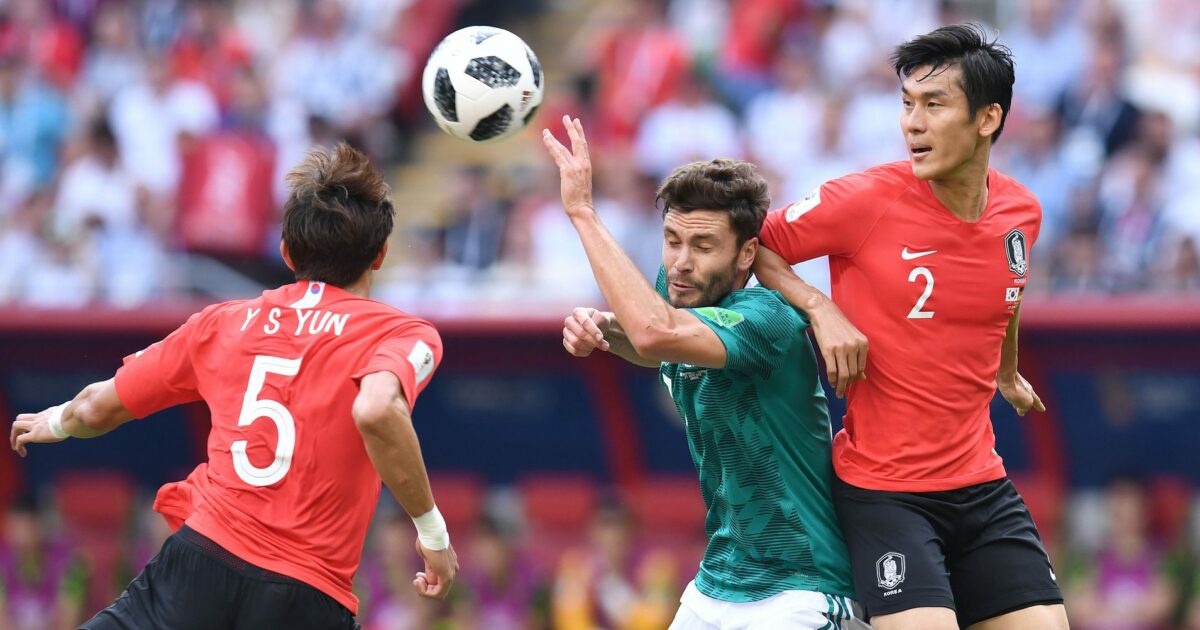 For the third consecutive World Cup, the defending champions have crashed out in the group stage.

A goal from Kim Young-Gwon in the 93rd minute gave Korea the unlikeliest of victories that knocked Germany out of the World Cup for the first time in their illustrious history. A second from Son Heung-Min into an empty net a few minutes later sealed the 2-0 result.

The dagger of a goal came off a stoppage time corner and was initially ruled offside. Mark Geiger decided to have a second look at the decision and ruled Kim was onside and Korea was sent into ecstasy.

Germany had their chances at a winning goal. They held three quarters of the possession and launched 17 shots at the Korean goal, with only six finding the target, but none of them got past Cho Hyun-Woo. Their best opportunities Mario Gomez rose to a header in the 67th minute, but put his shot right on Cho and in the 87th when Mats Hummels got an open header off a Mesut Ozil cross, but the shot went way over the bar..

In the end, however, South Korea looked more likely to score in the counter than Germany did with their massive possession advantage, and they ended up bagging a pair in stoppage time.

South Korea’s World Cup is done as well, but they didn’t have the hopes, or high expectations, of Germany. Die Mannschaft had been semi-finalists in every World Cup since 2002, and in 2018 their campaign ends after only three matches.

Cho Hyun-Woo made six saves as an increasingly desperate Germany searched for the goal that would keep their World Cup alive.

Kim Young-Gwon’s finish was given via VAR and effectively eliminated the defending champions.

Mats Hummels will feel like he should have had at least one goal, if not two, in this ultimately unfortunate experience for the Germans.