Spain rides VAR-ruled equalizer into first place in Group B 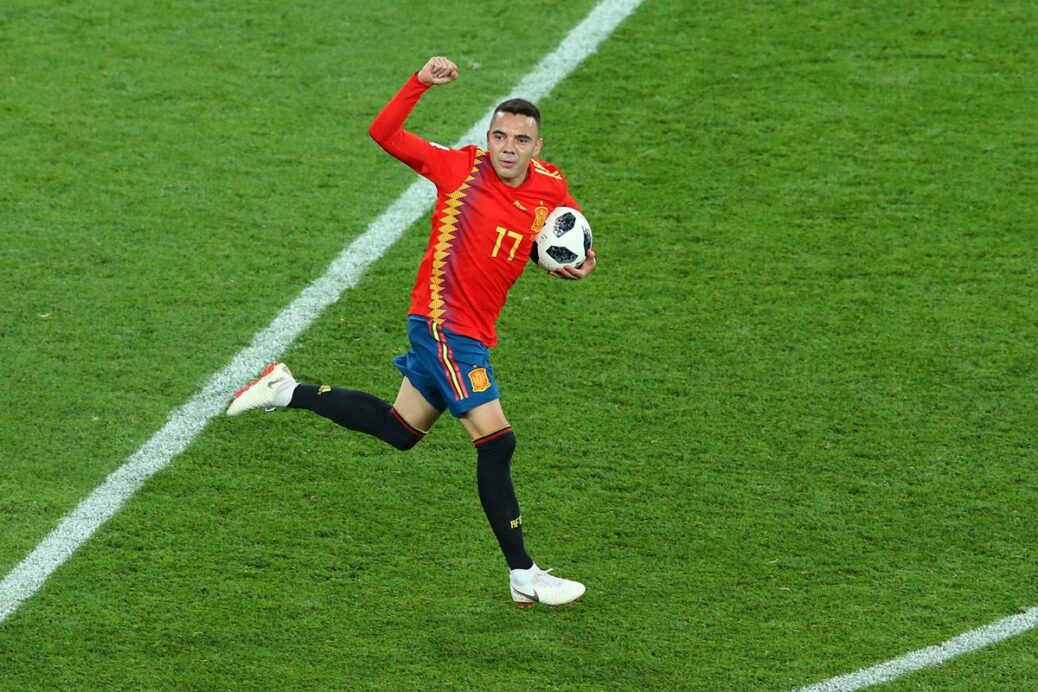 Spain have not been at their best yet this World Cup, but the European heavyweights did just enough to finish atop Group B.

A 91st-minute equalizer by Iago Aspas paired with Portgual’s 1-1 draw with Iran helped Spain draw, 2-2, against Morocco on Monday.

Aspas came on as a second-half substitute and snatched a point for his team late, finishing Dani Carvajal’s cross in from close range. Video review was used by referee Ravshan Irmatov but the goal stood.

Khalid Boutalib’s opener came in the 14th minute for Morocco as the forward slotted home from inside of the box. A shocking turnover by Sergio Ramos allowed the Galatasaray man to break the scoreless deadlock.

Spain answered back quickly through the figure of Real Madrid midfielder Isco. The 26-year-old received a pass from Andres Iniesta and ripped a right-footed shot into the top-left corner.

Nordin Amrabat’s curling effort in the 54th minute rattled the crossbar as the sides remained level.

Youssef En-Nesyri’s header in the 81st minute looked to have doomed the Spaniards as their opponents regained the lead. However, it would not be enough for Morocco as Aspas’ late heroics rescued a point for Fernando Hierro’s team.

Spain finished as winners of Group B and now have a date with Group A runners-up, Russia on Saturday. Morocco, who were already eliminated prior to Monday’s match, finished with one point in three matches.

Isco was a consistent threat in midfield for Spain, and his opening goal was far from his only contribution.

It looked as if Aspas was offsides for the equalizer but video review ruled in favor of Spain as they grabbed a point.

Sergio Ramos had one of the worst matches of his international career, committing the turnover on Morocco’s first goal before being beaten on the header on Morocco’s second goal.