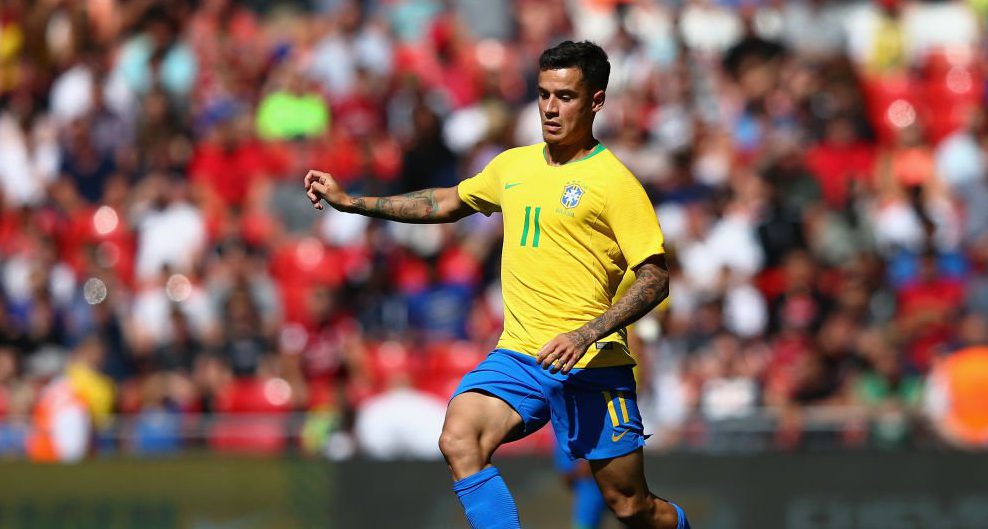 Brazil remains a contender to make a run through the World Cup, but the perennial contenders were frustrated on Sunday by a resolute Swiss team

Philippe Coutinho’s stunner was canceled out by a finish from Steven Zuber as Switzerland was able to seal a 1-1 draw with Brazil on Sunday. With the result, Serbia sits atop the group with three points following Sunday’s win over Costa Rica.

Brazil took the lead in the 20 minutes in on a magnificent finish from Coutinho. Following a headed clearance out of Switzerland’s box, Coutinho picked up the ball and took a touch before curling a shot towards the far post. The shot went off the post and in, giving Brazil the 1-0 lead.

That lead evaporated early in the second half on a goal from Switzerland in the 50th minute. Steven Zuber provided the headed finish, scoring on a corner kick from Xherdan Shaqiri.

The first half was largely in Brazil’s favor with the South American favorites maintaining a bulk of the possession. Chances, though, were harder to come by as the Swiss kept a tight defensive line despite having less of the ball.

In the second half, Switzerland opened up a little bit with Shaqiri proving a weapon on the right-hand side. On the attacking end, Brazil struggled, meanwhile, as Switzerland played a physical match that proved stop-and-start due frequent fouling.

Brazil did muster a few chances late, though, with the best coming on a Miranda shot from a corner kick.  When all was said and done, though, Brazil fired 19 shots with just four on target.

Switzerland’s defense was able to frustrate Brazil’s high-power attack as Stefan Lichsteiner led the way with his defense of Neymar.

Coutinho’s goal was a stunning strike that will certainly be played in highlight reals for quite some time.

Still yet to reach peak fitness, Neymar was held quiet throughout Sunday’s match as he failed to ever really get out of first gear.