Switzerland storms back for huge victory over Serbia 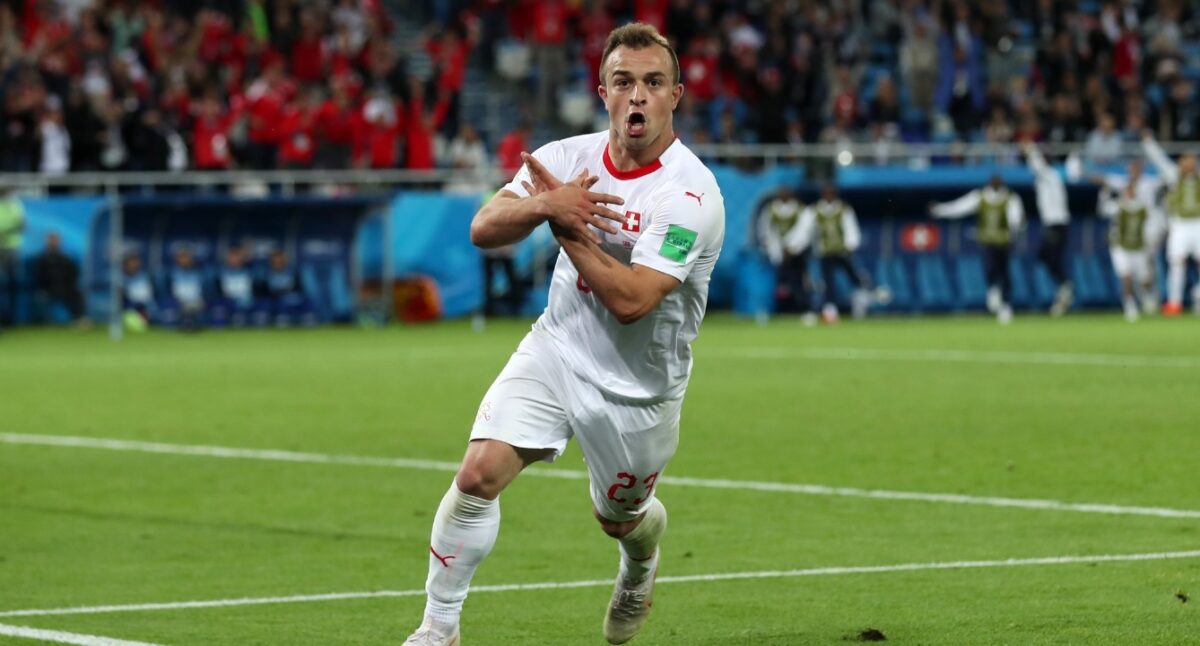 Switzerland may have not started on the right foot against Serbia in Friday’s Group E match but they didn’t let that bother them in the end.

Second half goals scored by Granit Xhaka and Xherdan Shaqiri helped Vladimir Petkovic’s side fight back for a 2-1 victory over Serbia in Kaliningrad. Shaqiri played the hero for his side, slotting in the winner in the 90th minute on a breakaway.

A great through ball by Mario Gavranovic played in the winger who beat Dusko Todic and slotted under Vladimir Stojkovic to help the Swiss to their first win in Russia.

Aleksandar Mitrovic’s header in the fifth minute had Serbia ahead early and helped to them a first-half lead.

The lead lasted until the 52nd minute for Serbia as Xhaka’s blistering left-footed strike curled its way into the right side of the goal to level the score at 1-1. A spinning loose ball found the veteran midfielder who blasted past Stojkovic and leveled things for the Swiss. That goal set up Shaqiri’s last minute winner.

Yann Sommer made two saves in the win for the Swiss, who now are in second on four points. Serbia who began the day atop Group E are now in third following Brazil’s win over Costa Rica. Stojkovic made three saves in the defeat for the Serbs.

Shaqiri had been asked in the past to step up for his county and he did so in a huge way on Friday, scoring the winner. The 26-year-old had eight shots in total and was a pest for the Serbian defense to deal with.

Xhaka’s equalizer was a thing of beauty but the winner by Shaqiri sent the Swiss fans into jubilation and pushed them to second in the group.

Serbian midfielder Filip Kostic was subbed off after 65 minutes but was not a threat offensively for his team. Other than Mitrovic and Tadic, the Serbian attack was not at its best on Friday.