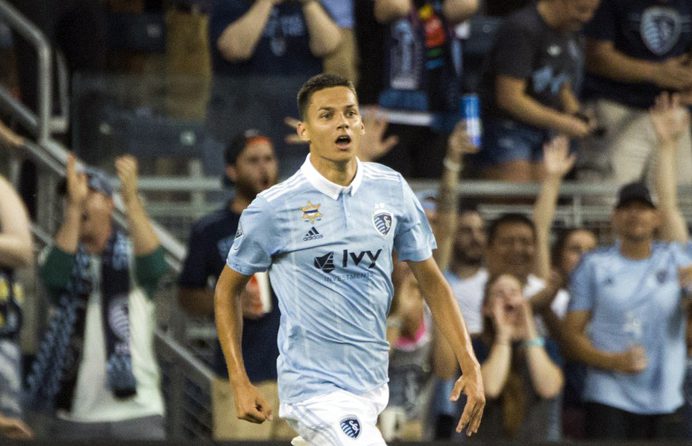 Major League Soccer returned to full action after the World Cup break and it came back with plenty of goals and drama.

Comebacks were on the menu as both Sporting Kansas City and Colorado pulled off impressive turnarounds to win matches, while Philadelphia and the New York Red Bulls impressed in blowouts.

Sporting Kansas City forward Daniel Salloi scored a goal and helped set up two others to lead SKC from a 2-0 deficit to a dramatic 3-2 win against the Houston Dynamo. His performance helped him edge out Borek Dockal, Kemar Lawrence and Jo Inge Berget for this week’s honors.

The New York Red Bulls pummeled FC Dallas, 3-0, at Red Bull Arena on Saturday, becoming the first team this season to earn a three-goal victory against the Western Conference powerhouse. The Red Bulls earned the big win despite a first-half red card to Daniel Royer, a performance that helped them top Philadelphia and LAFC for this week’s honors.

Philadelphia Union homegrown player Mark McKenzie was solid in central defense on a night when the Union stifled Vancouver’s attack in a shutout.

Edgar Castillo and Laurent Ciman had excellent strikes, but Sporting KC’s equalizer by Diego Rubio had the best build-up of the week, and carried the drama of coming in the 85th minute:

Sub in, score a goal! Diego Rubio equalizes for @SportingKC. This one’s not over yet… #COLvSKC https://t.co/EXp5Ny2JER