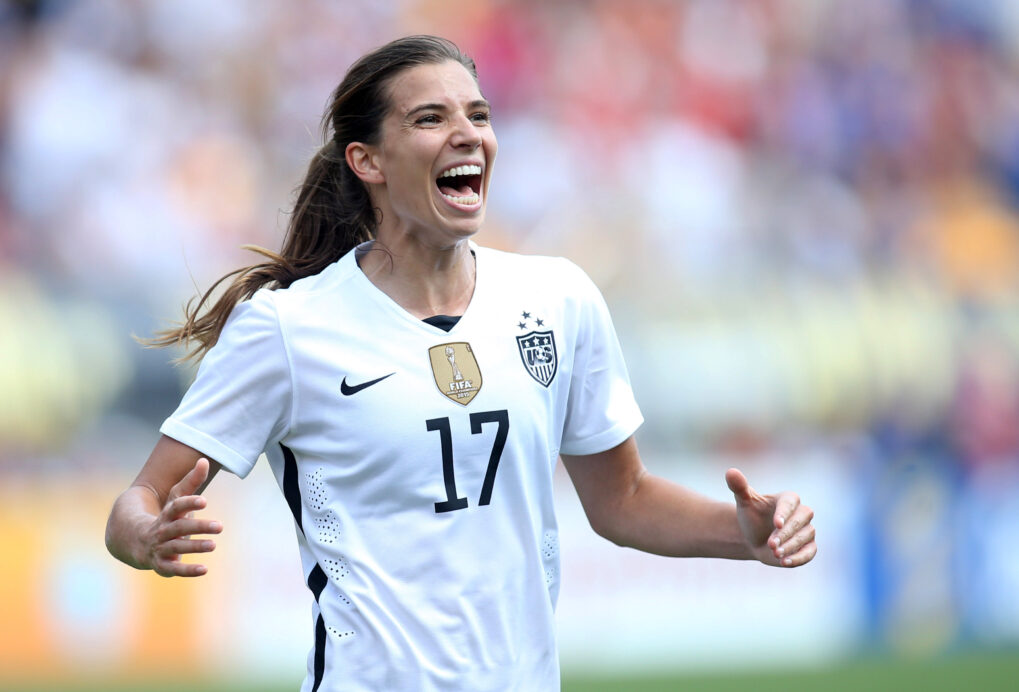 The U.S. Women’s National Team celebrated milestones as it capped off its two-game series against China with a 2-1 victory at Cleveland’s FirstEnergy Stadium on Tuesday.

The game winner came courtesy of Tobin Heath, who made her national team return after picking up an ankle injury in September. She received the ball from Christen Press, which she finished by chipping the goalkeeper in the 75th minute. There was the suspicion of a handball on Heath, but the referee elected to let the goal stand.

Things got started for the USWNT in the 35th minute, when Press recorded her first assist of the night on a goal scored by Megan Rapinoe. Press made a run towards the end line before crossing the ball towards the goal, which Rapinoe finished from an angle.

China found their equalizer through Li Ying three minutes before Heath’s goal, capitalizing on a U.S. defense that was caught playing higher up the pitch. Li Tingting found her teammate, who made the several yard run to score past Ashlyn Harris on an angle.

The match saw a much more cohesive performance from the U.S. midfield, this time made up of Julie Ertz, Samantha Mewis, and Morgan Brian at the start. The three of them gelled well the trio of Press, Rapinoe, and Alex Morgan ahead of them, a clear sign of improvement from last week’s match. The defense, though, was shaky at times, allowing China a few chances at goal.

Along with Heath, Rose Lavelle marked her return to the national team, also after a nine-month absence. Additionally, Merritt Mathias received her first cap, coming on for Sofia Huerta after 77 minutes.

The USWNT are next in action on July 26th against Japan in the Tournament of Nations.