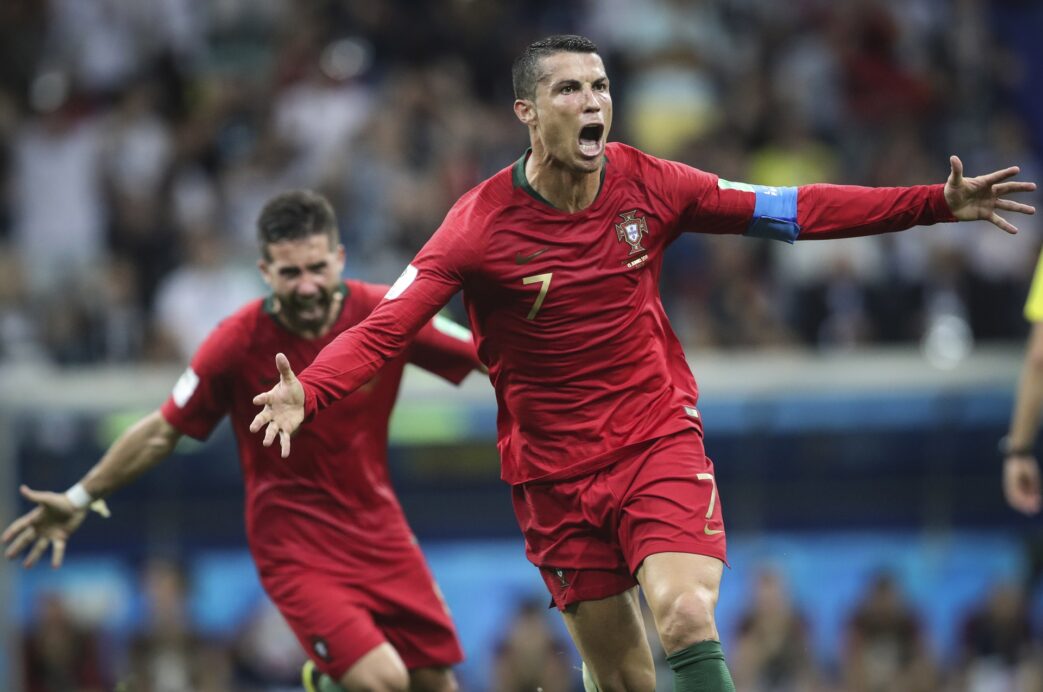 With 16 games in the books at the 2018 World Cup, we’ve witnessed a slew of surprises that made us rethink our tournament predictions.

Some of the favorites to win the tournament have plenty of work to do after disappointing openers, while surprising underdogs are looking to keep the momentum in their corner.

Five of the eight groups feature a pair of teams tied on three points, while Groups B, D and E are more up for grabs.

Before we look at the must-win situations and can’t-miss matchups in the second set of group games, let’s take a look at top observations from the opening set of matches:

This is Cristiano Ronaldo’s World Cup

Cristiano Ronaldo delivered the best individual performance of the first set of games, as he produced a hat-trick in Portugal’s 3-3 draw with Spain, which stands as the best game of the competition.

Ronaldo was one of five players to record multiple goals in the opening round, and the only one to pick up a hat-trick.

Although Portgual only came away from Friday’s game with a draw against its main rival in Group B, the European champion should be in good shape, and Ronaldo has the stage in front of him to marvel fans for at least the rest of the group stage.

Morocco and Iran are much weaker opponents than Spain, and if Ronaldo plays half as well in those two contests than he did against Fernando Hierro’s side, his lead in the Golden Boot race could be untouchable.

The focus for Portugal now is to win the group and avoid a potential meeting with Uruguay in the round of 16.

Uruguay is the strongest team in Group A, and even though Egypt is no slouch with Mohamed Salah back in the starting lineup, the Portuguese would much rather face the Egyptians in the knockout round or Russia if it continues its strong start.

While all the focus is on Ronaldo, don’t sleep on his teammates, as Andre Silva, Goncalo Guedes, Bernardo Silva and others could use the next two games as confidence builders ahead of the knockout phase.

Belgium Turns In Most Impressive Team Performance of Favored Sides

This might not be saying a lot about Belgium since it took on Panama in its World Cup opener, but it was one of the few pre-tournament favorites to get out of its first game unscathed.

The Red Devils powered past Los Canaleros in the second half through a golazo by Dries Mertens and Romelu Lukaku’s pair of strikes.

Belgium’s toughest test is still nine days away against England, but Monday’s win over the World Cup debutantes set the tone for how its tournament should go.

Of the nine teams ranked in the top 10 of the FIFA World Rankings at the World Cup, Belgium was one of two teams, along with France, to win its opening clash.

It might not seem like an impressive task on paper since Panama was outmatched at almost every position, but topping Group G after one game is important for a team burdened with the expectations of a nation and the pressure from failing to perform well at past major tournaments.

With every member of its golden generation carrying an immense amount of club and international experience, Belgium shouldn’t let the moment get to it and first place in the group is expected with a young England side looking like its only threat.

Mexico manager Juan Carlos Osorio used the six months in between the World Cup draw and the opener against Germany to draw up a perfect game plan to beat the defending champion.

El Tri stifled Germany’s attack and landed on top of Group F by way of a 1-0 victory.

Osorio’s tactical plan stemmed from the experience El Tri gained against Die Mannschaft at the 2017 Confederations Cup, where Germany defeated Mexico, 4-1, in the semifinals.

The knowledge gained from the loss plus the advanced scouting done on Germany put Mexico in a perfect position to score the tournament’s biggest upset.

Of course, El Tri has to build on that performance for the rest of the group stage to prove Sunday’s victory wasn’t a fluke performance. Mexico has the attacking talent to power its way past Sweden and South Korea and win Group F, which could help it potentially avoid Brazil if the Selecao come back to win Group E.

While El Tri carries plenty of experienced players on its roster, Hirving Lozano could be the star of the tournament for the North American side, as he attempts to use the World Cup as a catalyst for a big-money European move from PSV.

Group H Will Produce the Most Chaos

There are a handful of groups you can point to and say they produced unexpected results, but none of them did it in the fashion of Group H.

The final group to kick off play provided a pair of surprises with Japan knocking off 10-man Colombia and Senegal benefiting from some luck and solid play to down Poland.

Waiting five days for the next bout of Group H chaos will be worth it, as Poland and Colombia, the two favorites to advance before the competition began, are in desperation mode since a loss could eliminate them.

With Robert Lewandowski, Radamel Falcao and James Rodriguez on the same field, we should see a ton of scoring opportunities in what could be the most important game in the second set of group matches.

The other Group H showdown Sunday will be as enticing, as Japan and Senegal have a chance to advance to the knockout stage with a victory.

Japan looked composed over 90 minutes, even though it was up a man, while Senegal produced some quality defensive showings that slowed down Lewandowski and Co.

Japan and Senegal won’t produce a rip-roaring affair in which countless goals are scored, but they’ll need to show urgency in order to avoid a draw to keep the heavyweights of the group from taking over on the final matchday.

No matter how many calls VAR gets right or wrong, it’s still going to have its skeptics, but after one set of games, the new technology is as well received as it can be.

The introduction of VAR has led to more penalties, but most of the calls the referees on the field have missed have been correctly overturned.

VAR’s usage in the first 16 games was kept to penalty decisions, but it can still determine bookings if the situation calls for it.

Very little controversy has surrounded the usage of VAR, unless you’re an English fan still begging for a penalty call on Harry Kane, but it is expected to come under more scrutiny in the coming weeks as the games take on more importance.

We could come back in a week and criticize VAR for getting a crucial decision wrong, but it’s right now it’s viewed as a welcome addition that should eventually be used the right way in the top leagues on the club level.