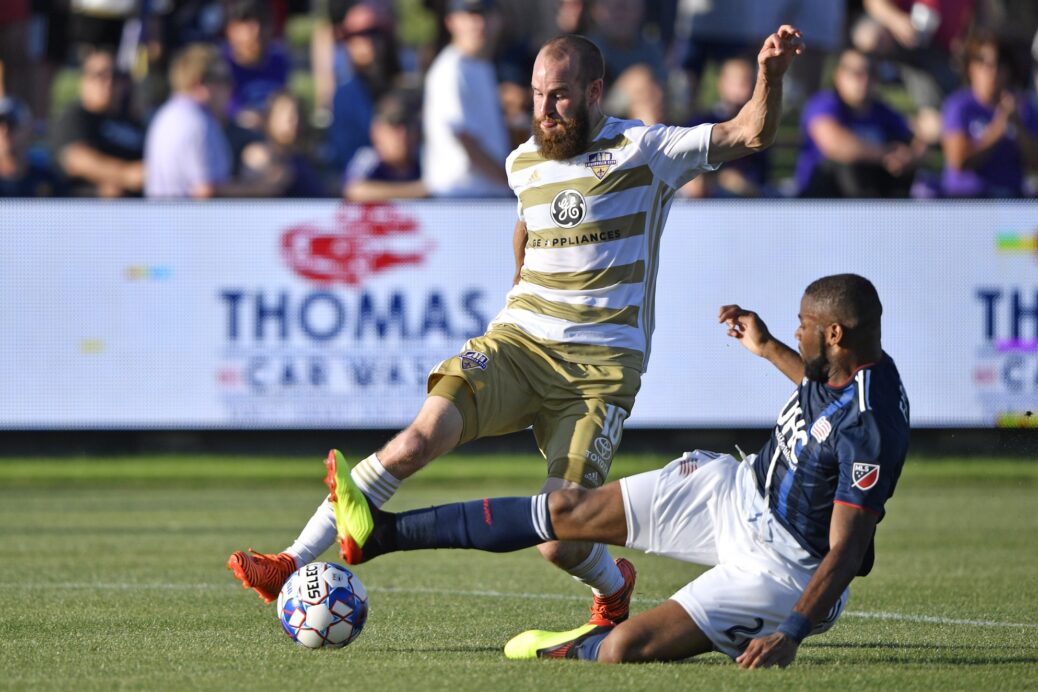 The fourth round of the 2018 U.S. Open Cup kicked off on Tuesday with three MLS sides taking on lower-league competition.

In Chester, the Philadelphia Union rolled past the USL’s Richmond Kickers to Talen Energy Stadium in their first ever meeting. The New England Revolution suffered a disappointing loss to Louisville City in the second match of the evening, while North Carolina FC’s trip to D.C. United capped off the night.

Here’s a closer look at all of Tuesday’s U.S. Open Cup action:

Following their aggravating 3-1 road draw in Atlanta on Saturday, Jim Curtin’s side bounced back for a demolishing 5-0 win over the Richmond Kickers. Jack Elliott’s third-minute header kicked things off for the Union, before a trio of goals came later in the half.

David Accam’s first goal for the club came from the penalty spot in the 27th minute. Anthony Fontana’s gritty finish in the 44th extended the lead before Marcus Epps smashed past Trevor Spangenburg in stoppage time. Jay Simpson made a quick impact off the bench in the second-half, tapping in Derrick Jones’ assist past the Richmond keeper in the 47th minute.

Philadelphia now prepares for an MLS showdown against Toronto FC on Friday at home.

Louisville City FC pulled off the first upset of the Open Cup, eliminating the New England Revolution at Lynn Stadium. The hosts pegged Brad Friedel’s side back twice in the opening half before grabbing a winner after the hour mark.

New England rookie Mark Segbers opened things in the fifth minute before Oscar Jimenez leveled the score in the 11th. An own-goal by Louisville’s Pat McMahon gave the Revs a 2-1 lead before the hosts pegged them back yet again. Cameron Lancaster snatched the hosts some momentum going into the halftime break as he scored in the 37th minute.

Former Dynamo winger Brian Ownby scored his third career goal in the Open Cup as his screamer in the 62nd minute put Louisville in front for good. It was Ownby’s second goal of this current Open Cup campaign for Louisville. Despite having a slight edge in possession, New England failed to get good chances on goal as they were outshot seven-to-two in efforts on goal.

The Revs will look to bounce back as they travel to Chicago on Saturday.

D.C. United may have needed a penalty shootout to advance but the hosts defeated North Carolina FC 4-3 on PK’s to get the job done. Ian Harkes scored the opener for D.C. in the 25th minute. It was Harkes’ first goal of the season, after failing to find the back of the net in his three league appearances so far.

North Carolina was on the back foot for most of the match, but stuck to their gameplan and eventually got an equalizer. Marios Lomis leveled the score in the 83rd minute to tie the sides late in the second-half.

David Ousted made a pair of saves while Bruno Miranda slotted in the winner with the final kick of the shootout.

Ben Olsen’s side next travels to Seattle in MLS play on Saturday.