Union angered by officiating in loss to Atlanta United 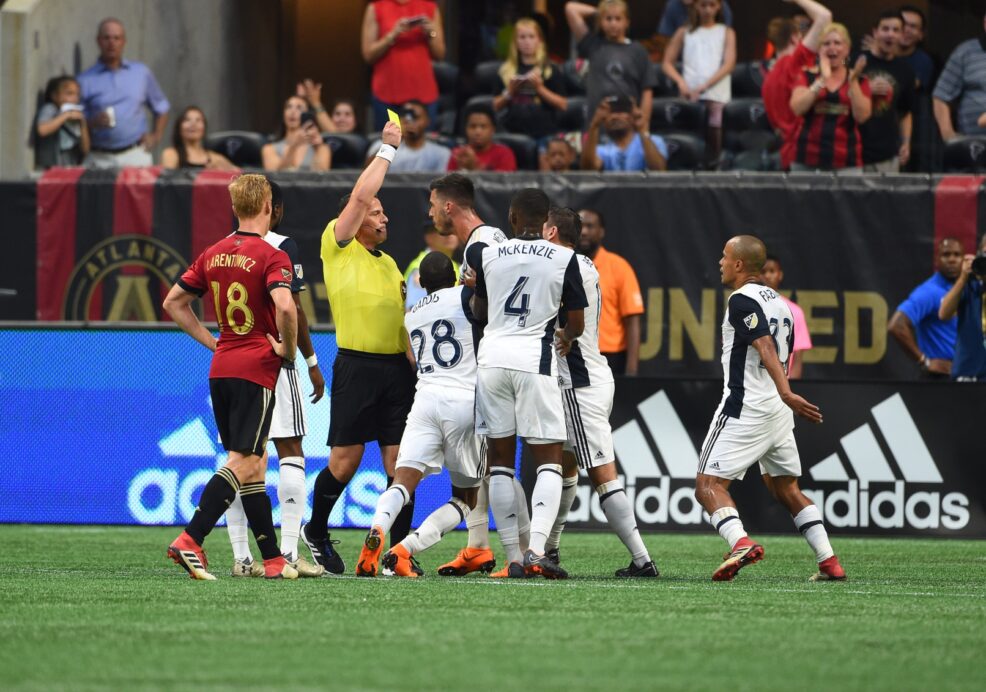 Playing at Mercedes-Benz Stadium is a tough test for any team in Major League Soccer. The quality of Atlanta United’s team and the number of fans, paired with the overall energy of the match is going to cause problems.

The Philadelphia Union were well aware of that coming into Saturday’s showdown with the Five Stripes, and they had a heightened sense of awareness entering the Eastern Conference clash.

Referee Sorin Stoica flipped the match on its head in the 19th minute, as he whistled for a penalty kick the Union considered questionable, then sent off Union midfielders Haris Medunjanin and Alejandro Bedoya for their actions following the decision.

Auston Trusty was whistled for a foul on Atlanta striker Josef Martinez, while Bedoya was given a second yellow for delaying the penalty kick and Medunjanin was given two consecutive yellow cards for dissent. Union manager Jim Curtin felt that Stoica made a mistake and wishes better judgement would’ve been taken on the situation.

“You have a decision on whether it’s a PK or not and I can live with it if they review it,” Curtin said. “I can only speak the facts and what I saw, Ale was fixing his sock inside of the box and Sorin took that as delaying the penalty. From everything that the Atlanta players told me and the fourth official said, (Stoica) had no idea that Ale was on a yellow card already which is a mistake.”

“I understand we’re human beings, it’s a difficult game to ref, and that it’s the heat of the moment but I would like for him to come out and own it and say he made a mistake,” Curtin said. “It’s difficult when your captain gets handed a second yellow card for something like that.”

Bedoya was carded for a foul on Darlington Nagbe in the 11th minute, as he pulled him back from breaking upfield.

Medunjanin made his feelings known as he was pulled away several times from Stoica following the call. Unfortunately by that time it was too late, and the Union saw two of their leaders sent to the locker room.

The Union did not quit however, answering quickly after Martinez scored his second of the match in the 49th minute. Fafa Picault netted his first goal of the season to give the visitors some life. However, it would be a consolation in the end with Martinez scoring from the penalty spot in the 83rd minute to ice the scoreline at 3-1.

“I felt the first 20 minutes of the game we dominated, but out of nowhere the referee gives a penalty,” Medunjanin said. “When you’re in this stadium with these fans, you get scared and blow the whistle for the home team. We all get criticized, the players and coaches do so why can’t the referees get criticized?”

Despite having their four-match unbeaten run snapped, Medunjanin praised the effort of the remaining guys on the field for their efforts. Dealing with a dangerous Atlanta attack, who produced 31 shots is always a challenge, but fighting for the badge was important after seeing their chances of winning reduced following the red cards.

“Even after the incident I still think the guys played tough and worked hard, even controlled the game at times,” Medunjanin said. “Playing two men down is always tough but I still don’t know why he robbed us today of three points.”