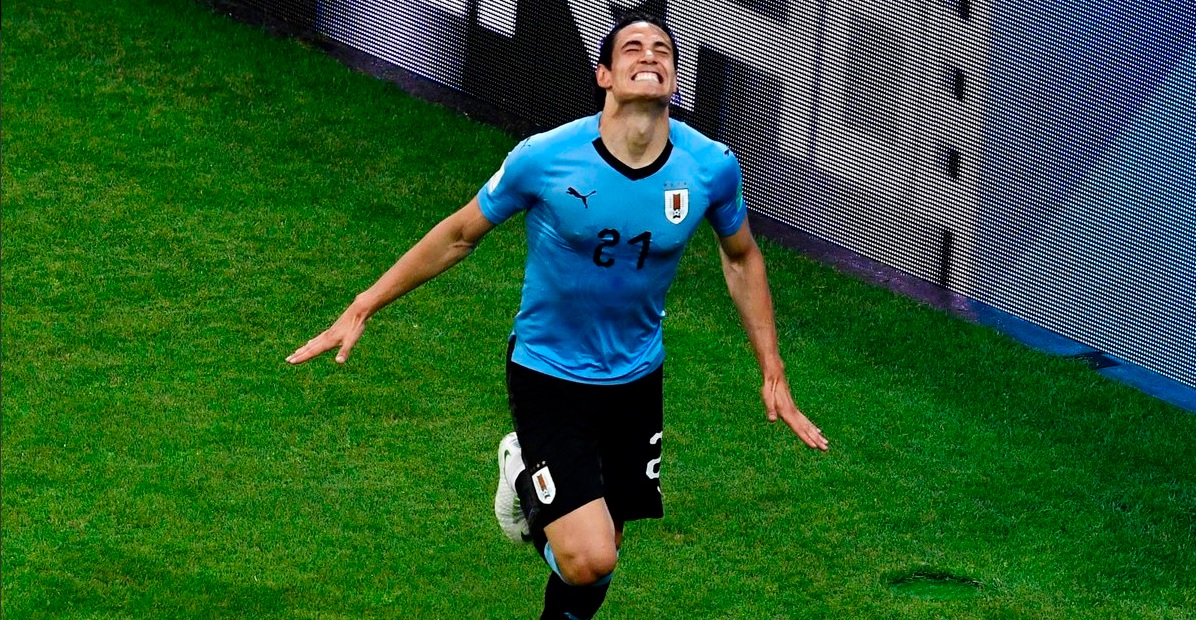 Uruguay’s deadly duo of Edinson Cavani and Luis Suarez are always going to be a handful for any team they go up against. The pair seem to be finding their form at the right time for their national team as Uruguay booked their place in the quarterfinals of the 2018 FIFA World Cup on Saturday.

PSG forward Cavani netted a brace in Uruguay’s 2-1 victory over defending European champs Portugal, in Sochi. The opening goal came early in the match as Cavani headed in Suarez’s deadly cross past Rui Patricio in the seventh minute. It was the second consecutive match in where Cavani scored a goal.

Cristiano Ronaldo and Goncalo Guedes each had efforts saved by Fernando Muslera in the first-half, while Suarez was also repelled by Patricio from long-range.

Pepe leveled the score in the 54th minute as he headed in Raphael Guerreiro’s cross from a short corner. The Besiktas man was left vacant in the box and powered his header past Muslera who couldn’t get back in time.

Uruguay regained the lead in the 62nd minute with Cavani calling his own number once again. Rodrigo Bentancur picked up a loose ball and slid a pass out wide for Cavani who curled a right-footed effort past a diving Patricio. It was Cavani’s 45th career goal for his national team.

Bernardo Silva missed a golden chance in the 69th minute, soaring an effort over after Muslera dropped a cross.

A scary moment for Uruguay occurred with Cavani having to be replaced in the 72nd minute. The forward was helped off the pitch by Ronaldo but looked to be struggling to put pressure on his left calf.

Cavani is hitting his form at a good time for Uruguay, scoring a brace including the winning goal.

Cavani’s winning goal was a beautiful strike that helped Uruguay knock off the defending European champs.

Ronaldo was very quiet in the loss for Portugal having only one true chance at goal. Offensively, Portugal could not break down Uruguay for an equalizer in the dying moments.