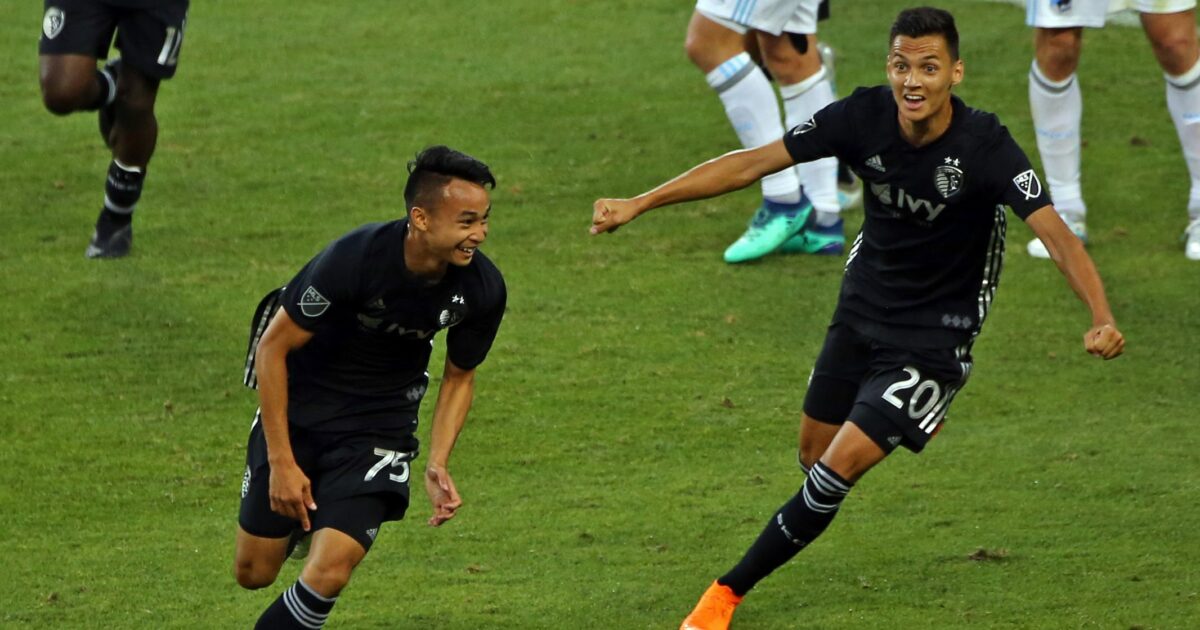 Sporting Kansas City used the power of a teenager to cruise by Minnesota United by a 4-1 score.

A late first half goal from 19-year-old homegrown product Wan Kuzain was the first of two in quick succession that led SKC past their foes from Minnesota.

Kuzain came off under disappointing circumstances for SKC. Sebastian Croizet was forced off with an injury early after only 18 minutes and the kid was called upon to make his third appearance of the year.

Both teams got off to a lightning quick start in this one. Daniel Salloi opened the scoring for SKC in the ninth minute with a wonderfully placed shot from outside the penalty area. That opener was cancelled out by an equally impressive blast from Tyrone Mears three minutes later.

But it was the end of the second half that put this game away. SKC retook the lead thanks to Kuzain’s first career goal. The Carbondale, Illinois native took a shot from the top of the penalty area that took a fortunate touch off a Minnesota defender on its way into the net in the 35th minute.

Three minutes later, Cristian Lobato sniped home the third goal and SKC was able to coast through the second half. Diego Rubio tacked on an insurance goal in the 81st minute to complete the scoreline.

Making things easier was a second yellow card handed out to Maximiliano, who came on as a sub at half time and lasted only 18 minutes before getting himself sent off.

SKC reclaims the top spot in the Western Conference from FC Dallas and will face Real Salt Lake in U.S. Open Cup play on Wednesday. Minnesota, meanwhile mires in ninth place out West and will host FC Cincinnati in the Open Cup.

Wan Kuzain was thrust into the match unexpectedly and certainly made the most of his time. He scored what would be the game winning goal while contributing a lot from the left side of the midfield. He was an extremely efficient passer all night long and also launched three shots, including his goal.

The quick two goals towards the end of the first half really set the tone for the second half, which was firmly controlled by SKC.

Maximiliano took only 18 minutes to get himself sent off with a pair of yellow cards after coming on as a sub at the break.