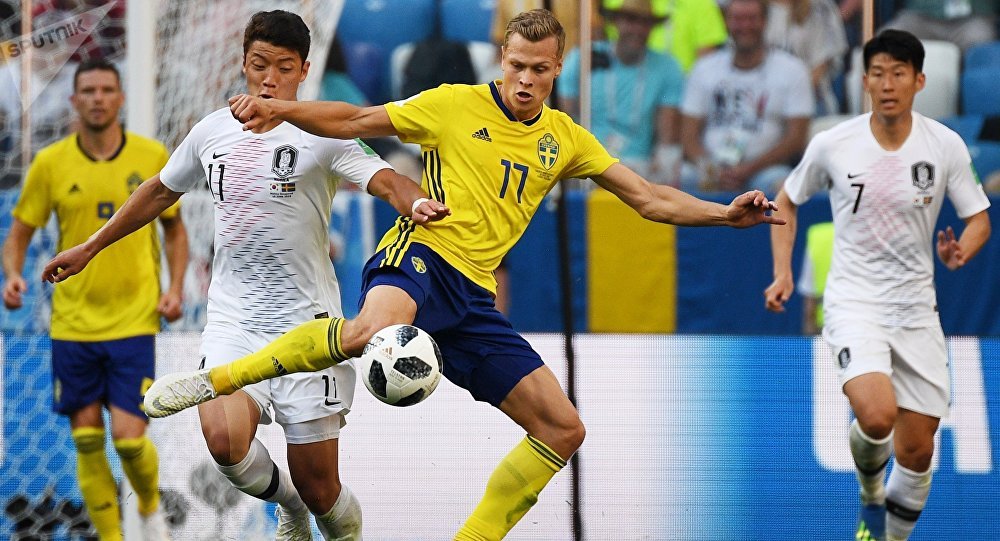 The second round of group stage matches continue on Saturday with the defending World Cup champs in need of a victory.

Germany’s clash with Sweden in Group F headlines the action from Russia as Joachim Low’s men try to get past their loss to Mexico. The Swedes are level with Mexico at the top of the group, while Germany and South Korea are both seeking their first wins.

Also on Saturday, South Korea will face off with Mexico in Rostov while Belgium opens the day against Tunisia in Group G action.

Belgium needed a half to get going but eventually rolled to a 3-0 triumph against Panama on Monday. Dries Mertens opened things for Roberto Martinez’s men while Romelu Lukaku scored a brace in a six-minute span later in the second-half. Against a Tunisian side looking for a result, expect Belgium to keep things the same offensively as they look to advance into the knockout stage.

Tunisia fell 2-1 to England in their opener as Harry Kane broke their hearts in stoppage time. Ferjani Sassi scored the lone goal for Tunisia in the defeat, while captain Wahbi Khazri was fairly quiet.

For Tunisia to have a real chance at earning something in this match, they will need Khazri to show up and make an impact.

Mexico will seek to claim their second win in Russia as they face South Korea in Rostov.

Juan Carlos Osorio’s side used a Hirving Lozano goal to down the Germans 1-0 last Sunday for their first ever win against them. A strong performance by Guillermo Ochoa also played into the Mexicans favor and now they sit atop Group F. Against a team like South Korea who like to get after teams on the counter, expect Mexico to look for possession and some early looks to get comfortable.

South Korea fell 1-0 to Sweden in their opener as a Andreas Granqvist penalty sealed the points for the Swedes. Led by Son Heung-Min and Ki Sung-Yueng, South Korea will need to get looks at goal for any chance of getting a point. Their zero shots on Sweden cannot be replicated if success is to be achieved on Saturday.

Sochi plays host to the must-watch match of the day as Sweden faces Germany.

Sweden used a second-half penalty kick by their captain to down South Korea 1-0 in their opener. Defensively they were able to shut down Korea’s best player in Son Heung-Min, but also allow zero shots on goal. Centerbacks Andrea Granqvist and Pontus Jansson will be a busy pair against Germany but will be key to keeping their opponents off the board.

Germany are now playing catch-up in Group F after being shut out by Mexico in their opener. Nine shots on goal translated to zero goals as Joachim Low’s men now turn their sights towards Sweden. Knowing that their opponents will sit back and defend, Germany must use their creative players to their advantage. Mesut Ozil was invisible against Mexico and will need a strong performance at pulling the strings if Germany want to earn something.