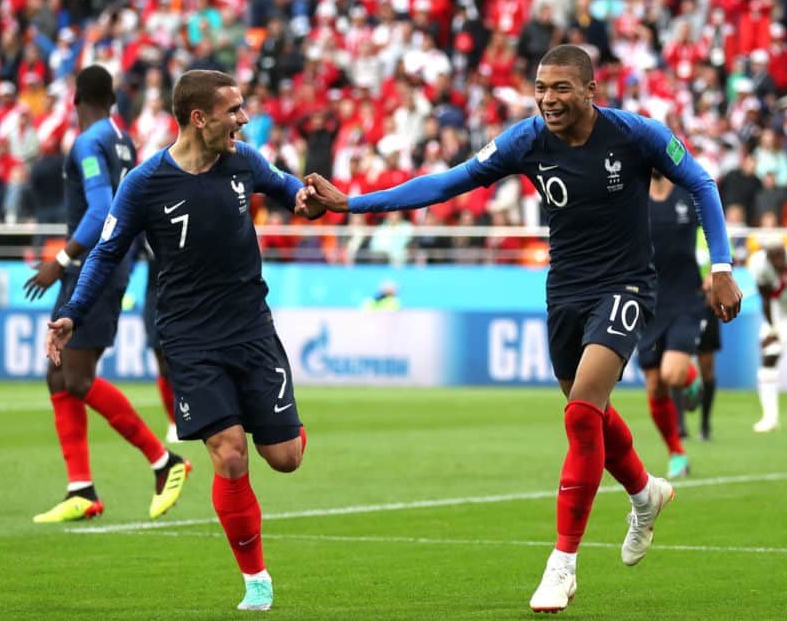 Following a dramatic day of action on Monday in Russia, the final round of group stage matches continue on Tuesday with several teams fighting to stay alive.

Lionel Messi and Argentina need a victory against Nigeria in their final match to have a chance of remaining in Russia. Argentina have dropped points in both of their group stage matches so far and need to show up bigtime against Nigeria.

Group D leaders Croatia will seek at least a point to avoid dropping from first place, and will face off against Iceland which is also still alive for a knockout round spot.

Group C’s top two teams face off as Moscow as France and Denmark battle for first place. Australia is mathematically still alive and will need to defeat already-eliminated Peru for a chance of advancing.

First place is up for grabs in Moscow as the top two teams in Group C square off. France will need to avoid a defeat to Denmark to advance as winners of the group into the knockout stage.

Les Bleus edged Peru on Thursday, using a first-half goal from PSG star Kylian Mbappe to claim all three points. Even with the win though, France have lacked aggressiveness at times and will need to do more if they want to have a deep run. Expect a change or two in the starting lineup for Didier Deschamps side.

Denmark will need at least a point to finish in second place, and will top the group with a win over Les Bleus. Christian Eriksen has been sensational for the Danes, while keeper Kasper Schmeichel has come up with big saves when it counts.

If the Danes want to grab a win in their final match then they will need to be more clinical in the attack. Expect some help for Eriksen as the Danes try to top the group.

Peru is set to head home from Russia after failing to pick up wins in either of its first two matches. With a final match against Australia coming, Peru will seek to gain some pride on Tuesday in Sochi.

Expect Peru to go all out offensively. Paolo Guerrero and Christian Cueva are two stars for this team, and will look to lead the way for the CONEMBOL side in this one.

Australia will need at least a win against Peru to have a chance of making the next round, after tying Denmark 1-1 on Thursday.

Captain Mile Jedinak has scored both of the Socceroos goals so far in Russia, slotting home from the penalty spot on both occasions. After not playing in either of the first two matches, long-time servant Tim Cahill could see an appearance if need be.

Group D leaders Croatia are already guaranteed a spot in the knockout stage but Zlatko Dalic’s side need just a point to finish as group leaders. The Croatians have shocked many people around the world this tournament, defeating Nigeria and Argentina respectively.

Led by captain Luka Modric, Croatia have yet to concede a goal in Russia with the Real Madrid man leading the team with two goals.

Iceland were exposed against Nigeria in their second match, eventually losing 2-0. With their backs against the wall, the Vikings will need to go for it all to avoid going home.

Star midfielder Gylfi Sigurdsson will look to shake off a sloppy performance last weekend, while his team seeks to find the back of the net.

Argentina’s World Cup so far has been a nightmare, and if they fail to defeat Nigeria on Tuesday they will be heading home.

Lionel Messi and his teammates were humiliated against Croatia, losing 3-0 and failing to do much offensively. Now with a strong performance needed against Nigeria, the Argentinians will need to be at their best for a chance of advancing.

Nigeria kept their hopes of advancing alive with their 2-0 win over Iceland last Friday. Ahmed Musa’s brace propelled the Super Eagles for a huge win and now they head into their final match sitting in second place.

Knowing that they will be up against an Argentina side with everything to lose, the Nigerians will need to be solid defensively, while also looking to capitalize on a vulnerable Argentinian defense.