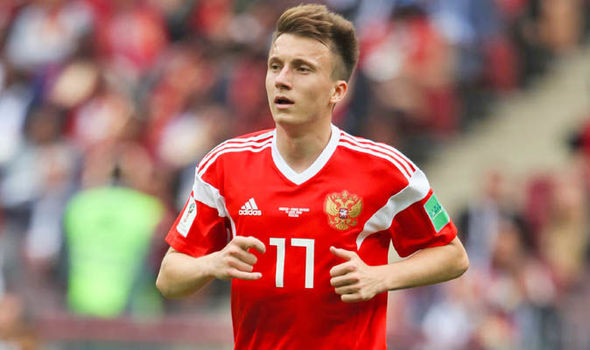 The final group of the 2018 FIFA World Cup gets underway to Tuesday as Matchday #6 rolls on in Russia.

All four teams have a say to top Group H and will aim to grab a win in their respective opening matches. Colombia opens the day’s action as they face off with Japan. Shinji Kagawa and James Rodriguez are two talented midfielders that will look to spark their offenses.

The day continues as Poland battles Senegal looking to take their first step towards top spot. Senegal are led by Liverpool’s Sadio Mane, who netted 20 goals in all competitions domestically. Goals shouldn’t be a problem for Poland who are headlined by Bayern striker Robert Lewandowski, and his 40 goal season in Germany.

Hosts Russia will conclude the day’s action as they face off with Egypt. Russia trounced Saudi Arabia 5-0 in their opener which has them atop Group A on goal difference. Aleksandr Golovin is the man to watch for the Russians after a one goal, two assist performance in the opening day win. Mo Salah did not feature in Egypt’s 1-0 loss to Uruguay but is expected to feature at some point on Tuesday.

The SBI editorial staff will be on hand all day long providing live commentary of the matches. Feel free to jump in the conversation and share your thoughts in the comments below.