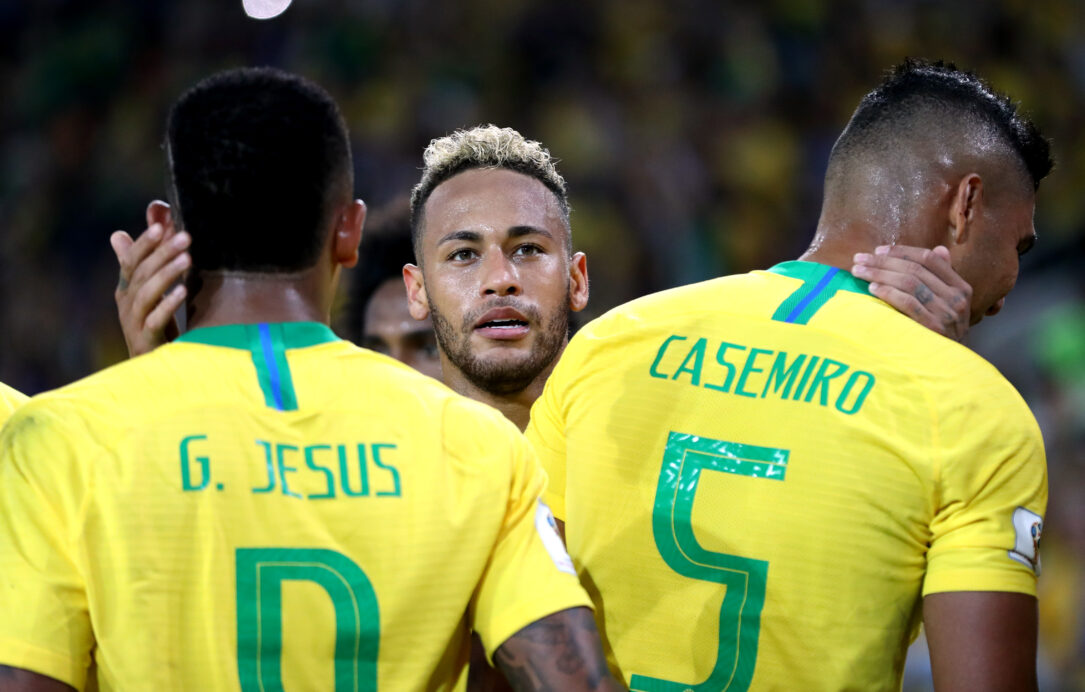 The World Cup Round of 16 kicks off on Saturday with what is arguably the best pair of matches of the round. That may set the round up for a letdown, but there are intriguing matchups throughout.

There are some seeming mismatches, like Belgium against Japan, and Brazil versus Mexico, but even those should offer plenty of entertainment while Uruguay-Portugal and France-Argentina kick things off with two close matches.

Who do we at SBI see making it through to the quarterfinals? The SBI Editorial Staff put together their picks for the Round of 16.

Here are our selections of which teams will triumph and reach the World Cup quarterfinals:

IVES GALARCEP – (Uruguay) – The Uruguayan defense has been stingy this World Cup, having yet to allow a goal, and with a pair of Atletico Madrid centerbacks who know Cristiano Ronaldo well, the Uruguayans win a close win by shutting down the Real Madrid star.

RYAN TOLMICH – (Uruguay) – Normally, you go with the best player on the field in a match as tight as this, but with a defense familiar with Cristiano Ronaldo, Uruguay has the ability to hold down the Portugal attack.

LARRY HENRY JR. – (Portugal) – Ronaldo and Quaresma each bag goals as Uruguay’s attack is shut down.

JOE TANSEY – (Portugal) – Uruguay has played solid defense so far, but I don’t see it stopping Cristiano Ronaldo with World Cup glory in his sights.

JOE HOJNACKI – (Portugal) – There’s no way Ronaldo doesn’t shine in one of the juiciest matches of the Round of 16. Portugal rides him to victory.

RYAN TOLMICH – (France) – Even with Marcos Rojo’s goal, Argentina hasn’t shown enough to demonstrate they’re on the level of France, who is too talented to fall to a team still in disarray.

JOE TANSEY – (Argentina) – Argentina find a way to put it all together against a France team that hasn’t been overwhelmingly impressive. Also gives us a Ronaldo vs. Messi quarterfinal.

JOE HOJNACKI – (France) – Neither side has looked great so far, but I think France puts it together and sends Messi and friends home.

IVES GALARCEP – (Spain) – The Russians may have the crowd support, but their attack won’t find the space it found earlier in the tournament. The Iniesta-Isco creative tandem picks the Russians apart.

RYAN TOLMICH – (Spain) – Russia did well enough on home turf, but Spain is the clear and obvious favorite here.

LARRY HENRY JR. – (Spain) – Despite an even first half, David Silva finishes with a goal and two assists as Spain roll past Russia.

JOE TANSEY – (Spain) – Home-field advantage won’t mean much to Russia with Spain dominating the possession battle and creating the majority of scoring opportunities.

JOE HOJNACKI – (Spain) – It’s been a fun run for the hosts, but there’s no way they handle Spain’s quality.

IVES GALARCEP – (Croatia) – Come for the battle between Luka Modric and Christian Eriksen, stay for Mario Mandzukic being too much for the Danes to handle.

RYAN TOLMICH – (Croatia) – While Denmark has one elite midfielder, Croatia has three, including Luka Modric, this tournament’s best player so far.

LARRY HENRY JR. – (Croatia) – Defensively, Croatia has been strong. That continues as they shut down Eriksen and Manduzkic scores winner late.

JOE TANSEY – (Croatia) – Luka Modric, who was the best player in the group stage in my eyes, runs the show again, as Croatia silences Christian Eriksen.

IVES GALARCEP – (Brazil) – The Mexicans have a better chance against Brazil than most are giving them credit for having, but ultimately the absence of suspended defender Hector Moreno leaves El Tri vulnerable as Coutinho and Neymar create chances in an entertaining win.

RYAN TOLMICH – (Brazil) – With Juan Carlos Osorio in charge, Mexico could tactically pick off any team, except maybe Brazil, a side that is supremely talented all throughout the roster.

JOE TANSEY – (Brazil) – This will be closer than most think, as Juan Carlos Osorio’s tactical game plan works, but Neymar and Co. will eventually overpower El Tri.

JOE HOJNACKI – (Brazil) – Mexico’s knockout round curse continues since they won’t be able to keep up with a very talented Bazil side.

IVES GALARCEP – (Belgium) – Another match that should play out as a much closer contest than expected, look for Dries Mertens and Kevin DeBruyne to make the difference.

LARRY HENRY JR. – (Belgium) –  Eden Hazard scores in each half as Red Devils breeze past Japan and into quarterfinals.

JOE HOJNACKI – (Belgium) – Belgium should make quick work of Japan before their real test begins in the quarterfinals.

IVES GALARCEP – (Switzerland) – As impressive as the Swedes were against Mexico, they won’t be able to push around the Swiss the same way. Xherdan Shaqiri bags a winner.

RYAN TOLMICH – (Sweden) – In a match widely pegged as the weakest of the round, form takes charge as in-form Sweden builds off a strong knockout performance against Mexico.

LARRY HENRY JR. – (Sweden) – Marcus Berg plays the hero for Sweden as defensively they are strong against in form Swiss attack.

JOE TANSEY – (Sweden) – No one will rate it this way beforehand, but don’t be surprised if Sweden-Switzerland is the best game in the round of 16. The Swedes have looked like the better side than the Swiss and they’ll win in extra time.

JOE HOJNACKI – (Switzerland) – Both sides have been fun to watch, but I give the edge to Switzerland’s youth and flare.

IVES GALARCEP – (England) – Colombia is a very intriguing pick, but with James Rodriguez’ availability in doubt, the edge goes to the English, which must capitalize on the counter to make Colombia pay for throwing numbers forward.

RYAN TOLMICH – (England) – With or without James Rodriguez, Colombia would face a tough match against England but, if the star isn’t able to go, Colombia will certainly be in trouble.

LARRY HENRY JR. – (England) – Harry Kane and Marcus Rashford each score to cancel out Radamel Falcao’s opener. Three Lions hold on for a spot in quarterfinals.

JOE TANSEY – (Colombia) – Another disappointing England loss will be the headline here, not a powerful win by the Colombians. England hurt itself by not winning Group G, and it’ll pay, but at least it won’t suffer elimination through penalties this time around.

JOE HOJNACKI – (Colombia) – Colombia are coming alive, even without James Rodriguez, and England are bound to England themselves up fairly soon.