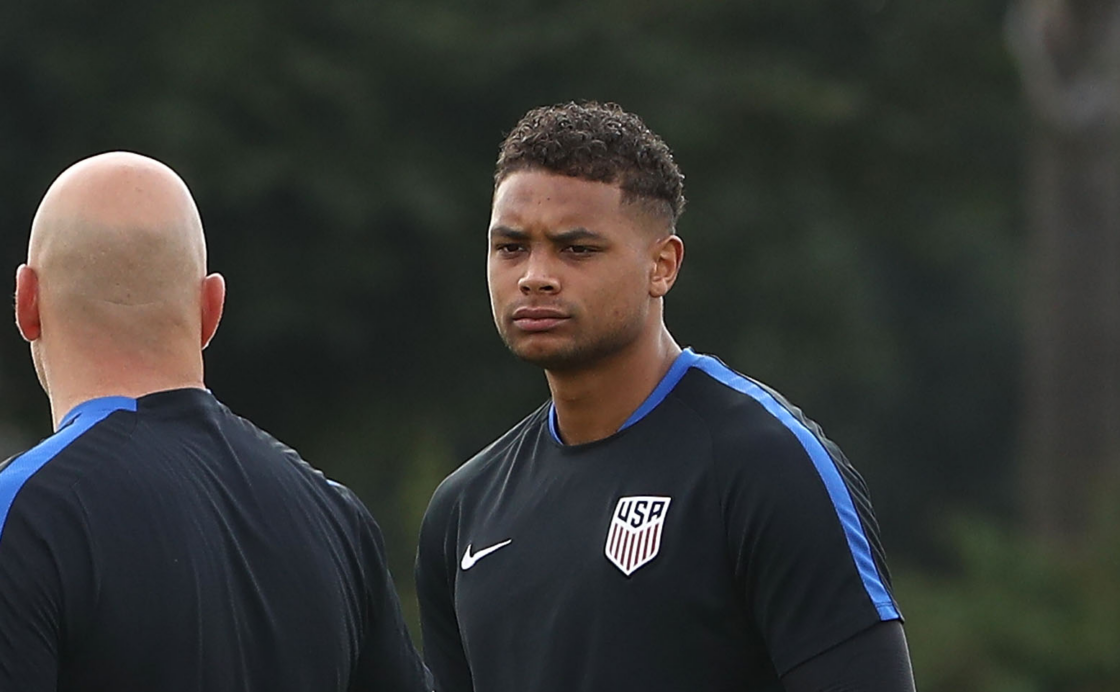 There has been a debate surrounding the U.S. Men’s National Team’s goalkeeper position for quite some time. With Tim Howard and Brad Guzan approaching the later stages of their careers, the U.S. has been searching for their next star goalkeeper with a number of candidates emerging since the end of the World Cup qualifying campaign.

After Saturday’s match, though, there’s little doubt: Zack Steffen is ready for the job.

Steffen only continued his rise on Saturday in the USMNT’s 1-1 draw with France. The Columbus Crew goalkeeper turned in his best performance in a USMNT jersey, making seven saves to hold down a France attack that featured stars like Antoine Griezmann, Kylian Mbappe, Olivier Giroud and Paul Pogba.

Thanks to Steffen and a standout defensive effort from the five-man defensive unit, the U.S. was able to hold off a France team that enters the World Cup among the favorites to play deep into the tournament.

“It was a pretty surreal game,” Steffen said. “The guys grinded in front of me and when it came down to it I had to step up and do my part. I felt alright in warm-up. I didn’t have my best warm-up and obviously there was nerves in the first half.  I’m just proud of the guys and what they put out in front of me and I’m proud we were able to keep our mentality strong through the end of the game.

“They are a world class team and they might go and win the World Cup and playing against them was a huge honor and a privilege. It was awesome.”

Steffen may have been nervous, but he certainly didn’t show it throughout Saturday’s match. The 23-year-old goalkeeper started off with a fingertip save on a Pogba shot and only got better from there.

His best moment came late with France pressing for what would have been a winner. With just seconds left in the match, Steffen made a diving save before springing back to his feet and parrying away the ensuing rebound, preserving the draw and a major momentum boost for the USMNT.

“The more saves you make and the longer the game goes on, your confidence gets boosted,” Steffen said. “You’re able to stay in the game and help your teammates out when you need to.

“Once you get a few touches on  the ball, your nerves settle, you get into the game and you’re fine.”

Over the next few months, positional battles will once again open up as the team transitions from Dave Sarachan to whomever is chosen as the next USMNT manager. The goalkeeper position will be no different. There are a number of options, even if Steffen appears to be leading the pack.

There are players like Ethan Horvath and Bill Hamid, even if both have looked shaky in their more recent USMNT efforts. There are MLS products like Alex Bono and Jesse Gonzalez as well as Club Leon’s William Yarbrough, who has never quite been given a USMNT chance. Guzan may also figure into the mix as a veteran presence for the next cycle.

But, at least for now, Steffen looks to be the most qualified for the job going forward.

“There were a couple moments tonight that were spectacular,” Sarachan said of Steffen. “The free kick save toward the end, his save that has to be pushed out wide. It thought he was outstanding. I think he offers a good calm presence. Goalies are expected to make saves when you have to and he did that tonight.

“I don’t think it would be fair to start rating all of the goalies but Zack certainly has made a great case for himself.”

Steffen will now look to continue to make his case over the coming months as the Crew become his main focus. The USMNT is out of action until September, and plenty is expected to chance before the group convenes next.

There’s little doubt, though, that Steffen is here to stay and, with performances like Saturday’s, the U.S. appears to have found its go-to goalkeeper as the road to 2022 truly begins.

“It’s a big result and a good performance by us,” Steffen said. “We have some time off from the national team. We’ll go back to our clubs or go on vacation and go from there. When we come together next, we’ll have confidence in knowing that we can play.”